We are back for another installment of our Backyard Species blog series! This week we are going to dive into the fascinating urban terrestrial mammals you may see around your neighbourhood.

There is no question that before Vancouver was developed and urbanized, it was a temperate rainforest oasis with streams full of salmon, bears roaming the forests, and whales off the shore. An interesting outcome of the current COVID-19 outbreak is how some wildlife is returning to areas that would normally have high traffic, like the orca spotting in Indian Arm and eagles soaring over East Van.

Depending on where you live in Metro Vancouver, it is probably unlikely that you will see some larger mammals like bears, wolves, or deer (though our founder Lauren did have a bear stroll past her home a couple of weeks ago) but here are some mammals that you are more likely to see on quiet days in parks or neighbourhoods. 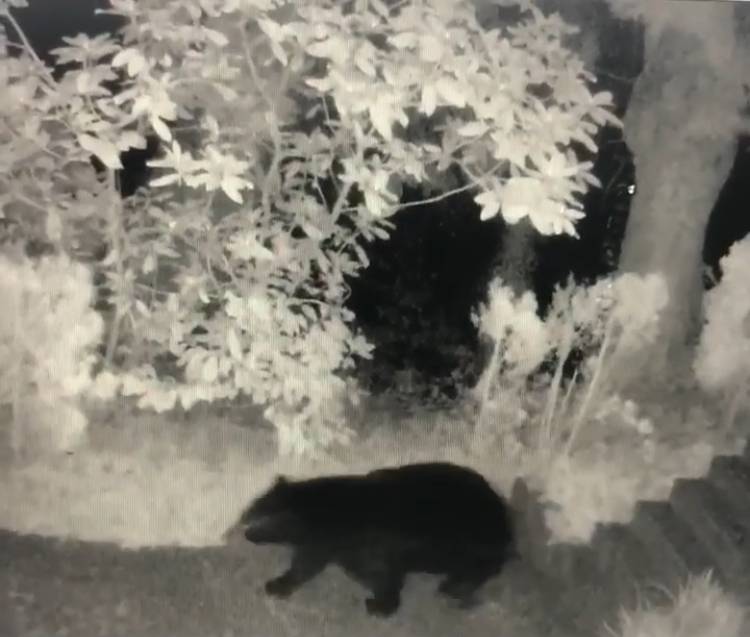 A bear at Lauren Hornor's house caught on camera!

The Douglas Squirrel energetically jumps around trees through less urban parks and coniferous rainforests. It prefers staying close to the ground, and doesn’t venture out during “nasty” weather. The Douglas Squirrel uses both summer and winter nests made from moss, twigs and bark. Their bodies are brownish/red, turning more grey in the winter months, and revealing a black stripe on their sides in the summer months. 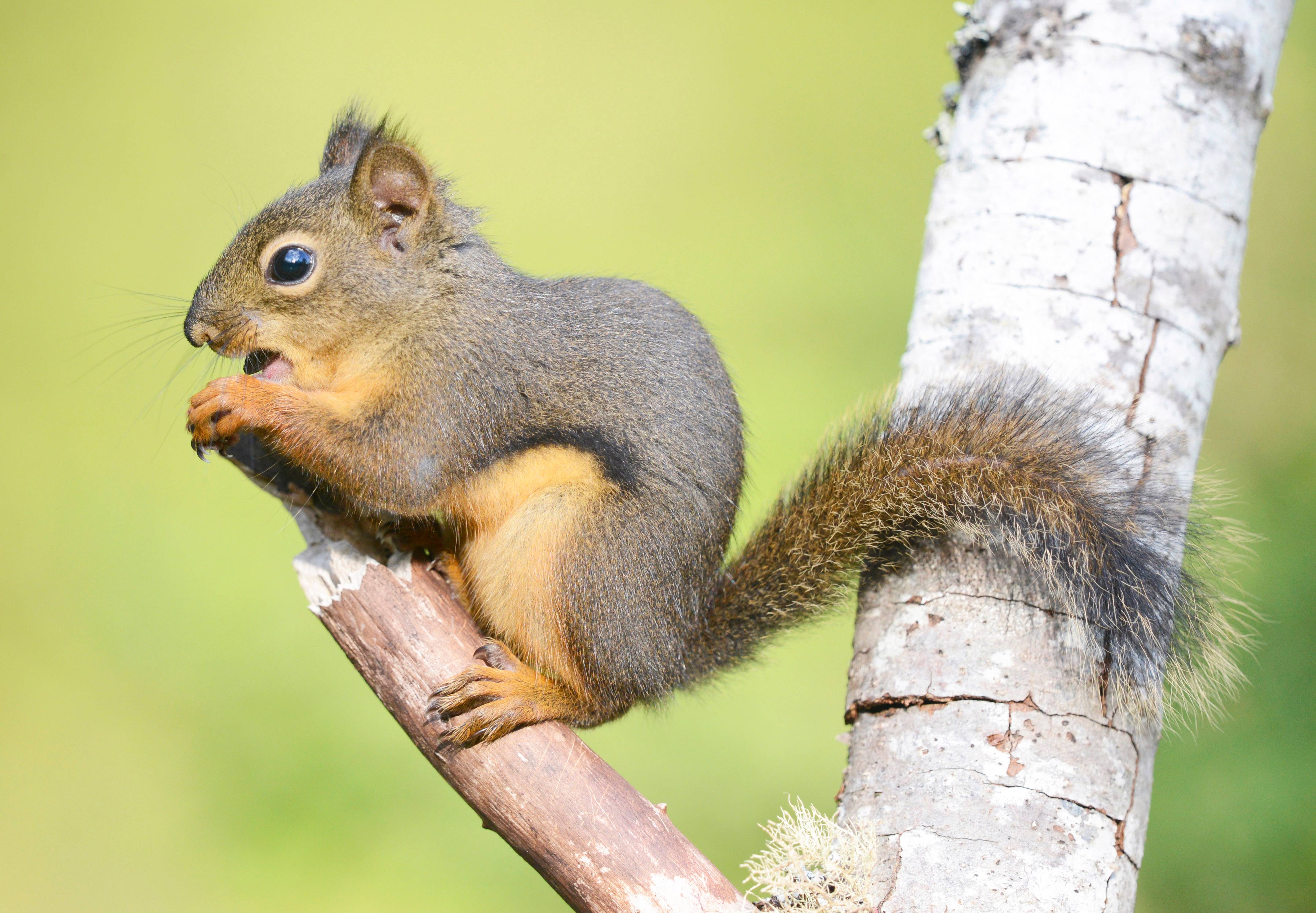 A more common sight in Vancouver, Eastern Grey Squirrels are almost double the size of the Douglas Squirrel, with light grey bellies and grey/brown backs and tails. Despite the name, Grey Squirrels can also be black in colour! Commonly found in Eastern Canada, these squirrels also have thriving populations in Vancouver, Victoria and Calgary. They aren’t picky eaters, and will snack on elm and maple seeds, nuts, acorns, and seed from bird feeders! These adorable rodents are listed as one of the 100 top invasive species in the world, competing for resources with local squirrels, mice, and voles. 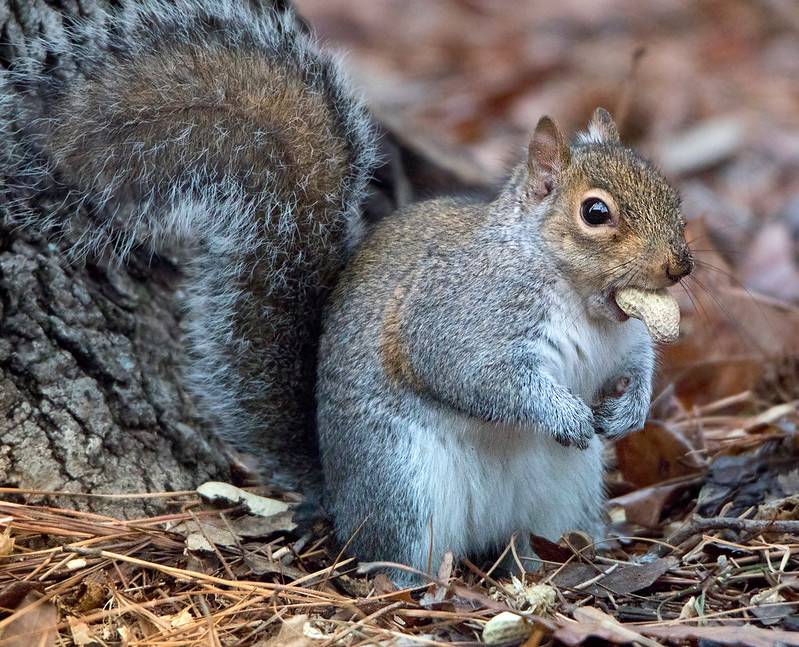 Not native to Vancouver, Opossums migrated from easterly parts of North America such as Virginia. They are furry with naked tails, often found in rural areas, farmlands or less urban areas. They are expert climbers and build nests by carrying leaves in their tails. Opossums are grey in colour, often with white heads and dark black features on the ears or feet. They are omnivores, eating almost anything (snails, fruit, mice, eggs, frogs, etc.). They are the only marsupial species in Canada. Unlike monotreme (egg-laying) or placental mammals, marsupials carry their young in pouches on their stomachs for 2-3 months. 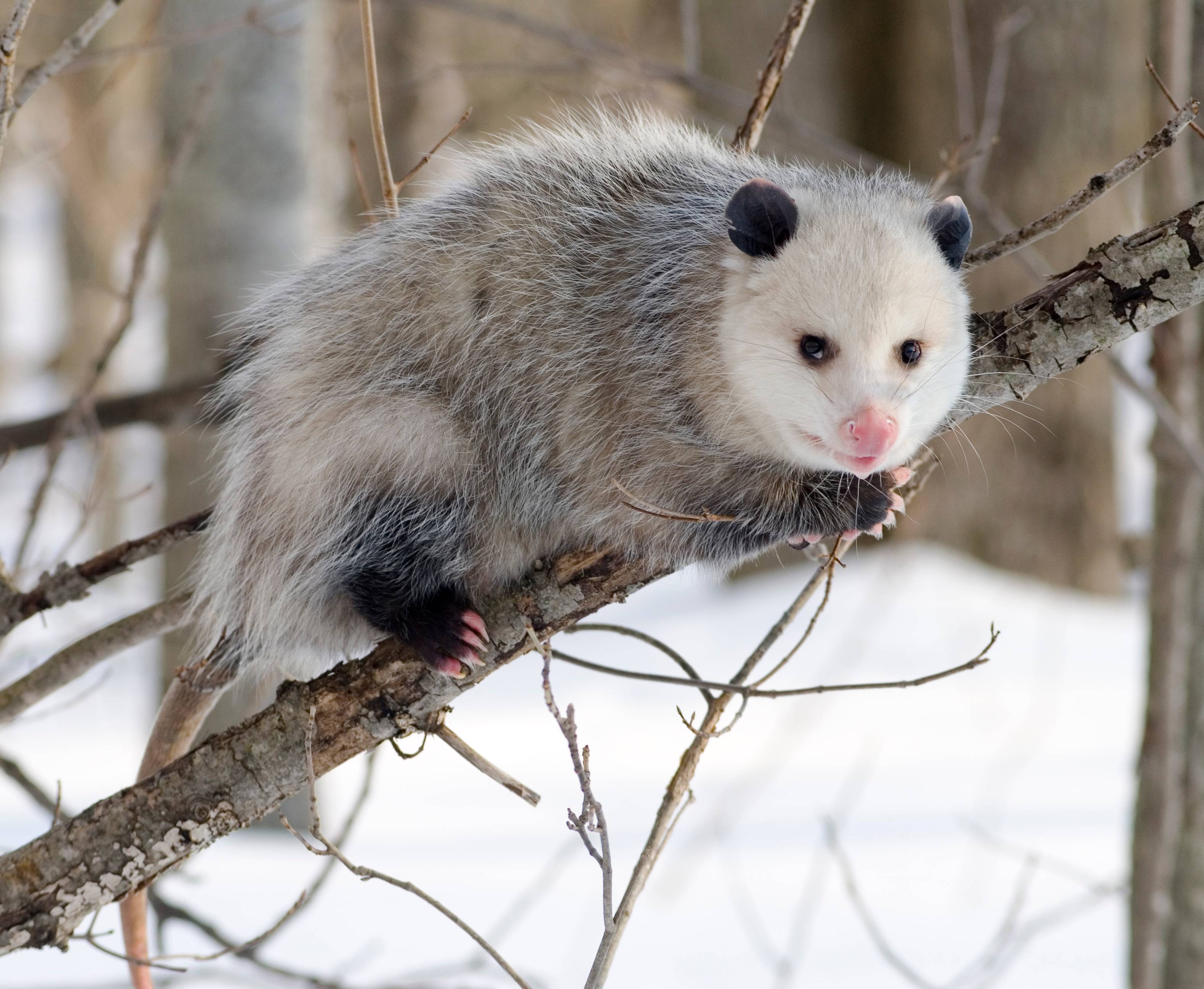 The size of small dogs, Raccoons are furry mammals with bushy tails, grey colouring and a dark stripe over their eyes. They can weigh anywhere from 4-23 pounds and are native to North America. They typically make their dens in trees or caves, but in urban environments can be found in roofs, barns, or beneath decks. They are nocturnal, which means they sleep during the day. These species are anti-social, sometimes becoming aggressive when provoked by humans. They are omnivores, eating a wide range of foods, but are known to get into garbage or compost bins in urban environments. 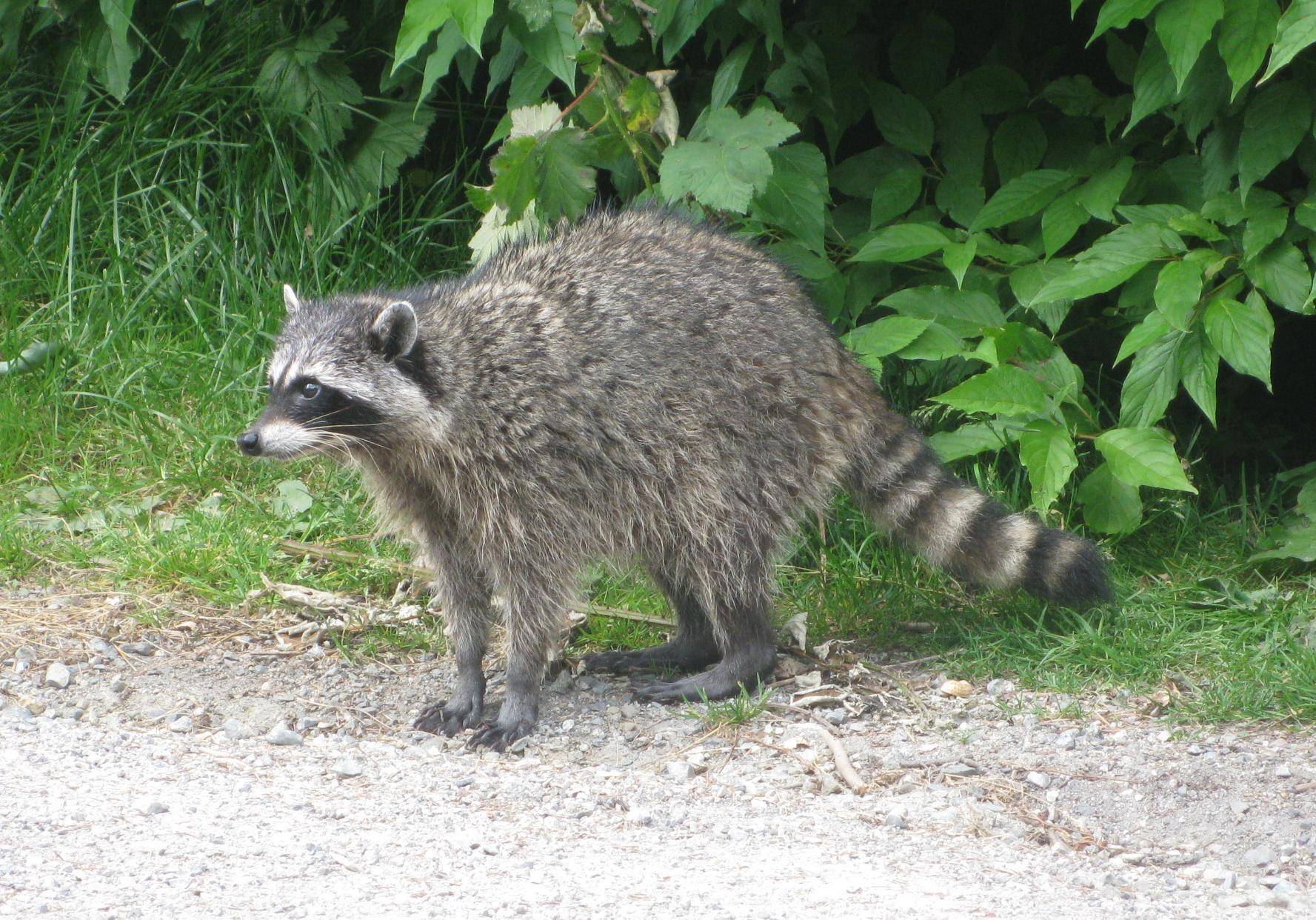 Striped Skunks have a distinct shiny fur with a white stripe down their backs and tails. They are native to North America and can be found in most of southern Canada year-round. They are known for their powerful odor which they spray when threatened. They have small heads, webbed feet, and short legs which prevent them from running from predators. They live in wooded areas but are known to adapt well to urban areas. Striped Skunks make dens from leaves and branches, but only venture a maximum of 800m from their homes. They store up fat in the summer months and often sleep through the winter, having babies in the spring months. 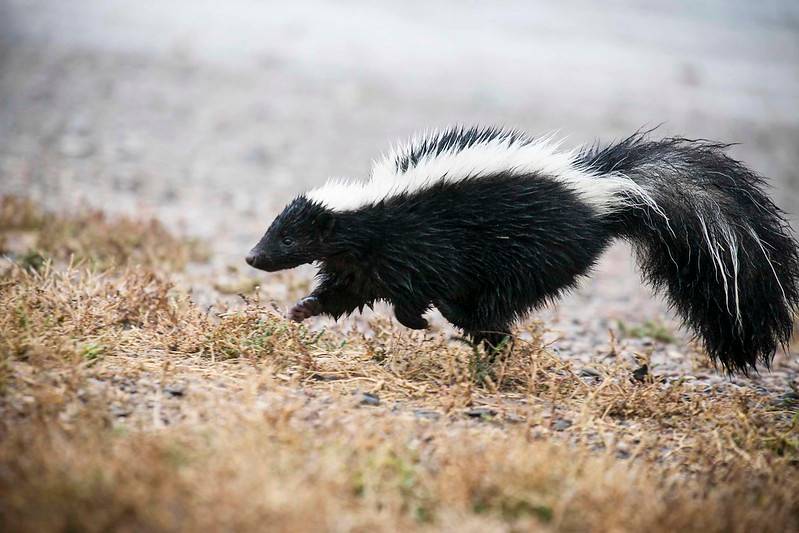 Coyotes are canine species native to North America. They are smaller than their Grey Wolf relatives, weighing 20-50 pounds. They have narrow, lean bodies with yellow eyes and grey or brown fur and bushy tails. They live in a range of climates all over North America and have adapted to live in more urban environments. They are solitary creatures, marking territory with their urine, and they live nocturnally, hunting during the night. They are not picky eaters and are technically omnivores, however, they generally survive on meat-based diets of rodents, fish, frogs, deer, snakes, fruits, and grass. 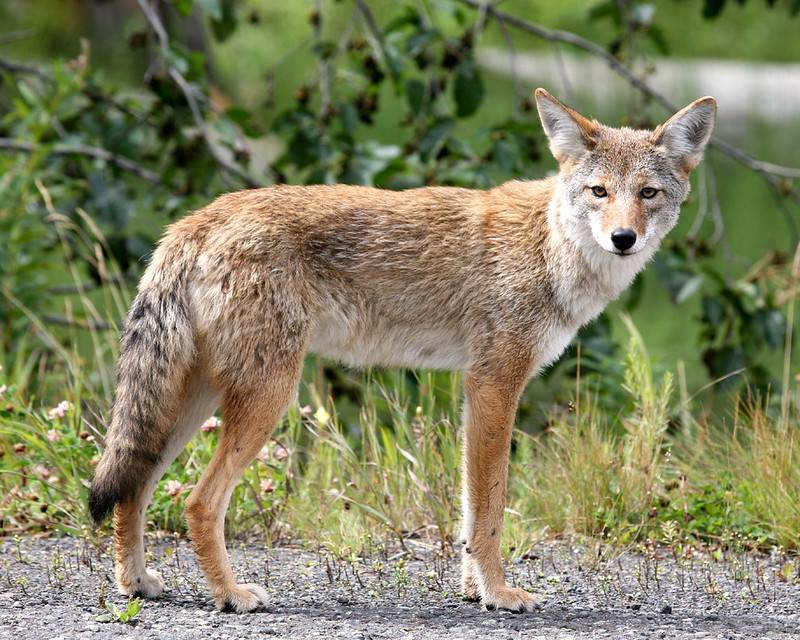 These rodents are native to North America and have a total of 53 species. They have bulging black eyes, large ears, and can range from light brown to grey and reddish-brown. They are nocturnal creatures, usually active in the early evening. They live in boreal forests, grasslands, and scrub formations, but have also adapted to urban environments. They are highly social and breed quickly, often producing four litters each year, with roughly 4-6 newborns per litter. Deer mice are omnivores eating almost anything they can find. 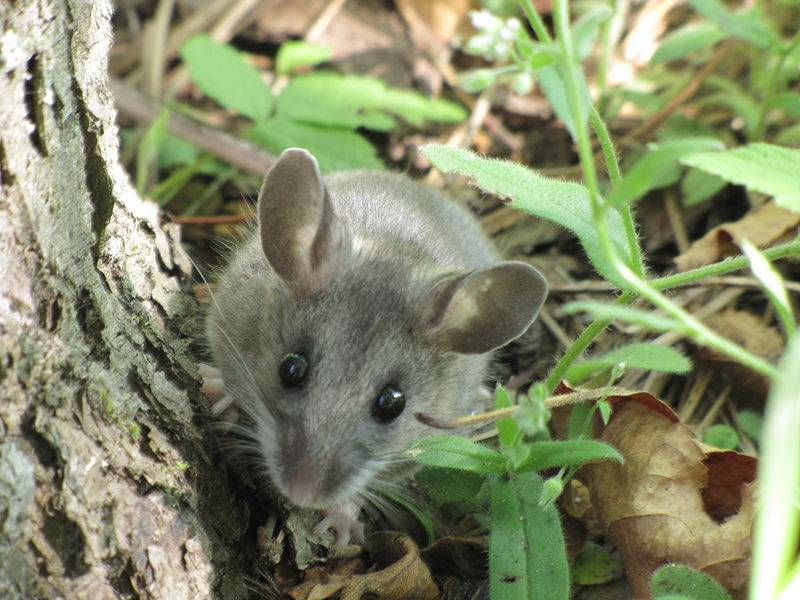 If you’re liking these backyard species, be sure to check out our other articles in the backyard series including birds, trees, and pollinators! Explore your local neighbourhood and fill out our Backyard Bingo sheet when you discover nature in your backyard. Download our bingo card and share your results on Facebook, Instagram, or Twitter (tag @fraserrivkeeper).