Growing up in Ontario, I’ve always thought freshwater lakes freeze and oceans don’t. But in this recent cold snap in Vancouver, I’ve noticed a thin layer of ice in False Creek...a salty inlet. So what’s the deal? 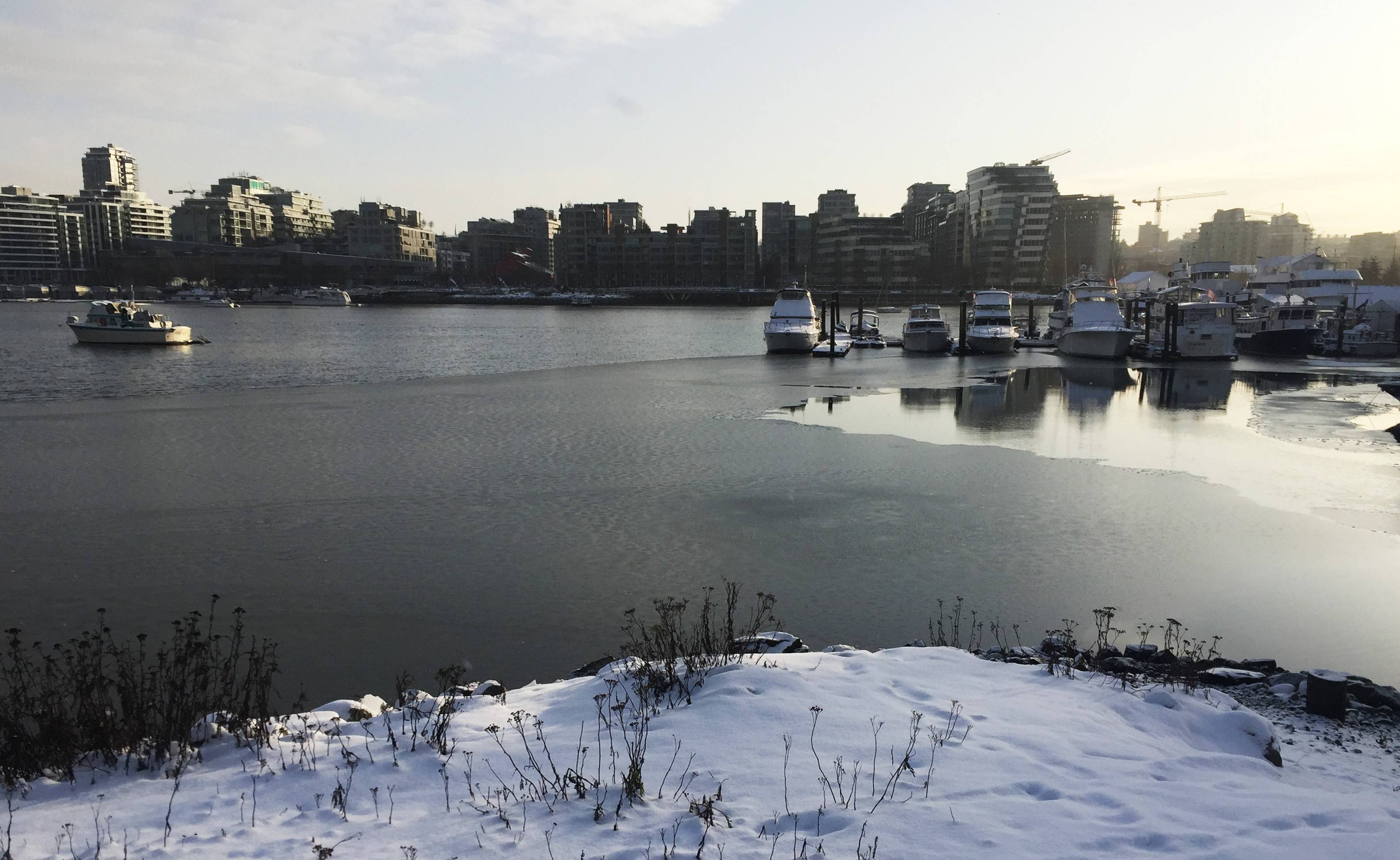 A thin layer of ice in False Creek east on January 14th.

It turns out saltwater can freeze, but at a lower temperature. Where freshwater freezes at 0oC, saltwater requires temperatures of -2oC or below to freeze (Ocean Service). This is because the salt lowers the freezing point below the ambient temperature (air temperature) and melts any ice forming (West Texas A&M University). We saw this first-hand last week, during our bi-weekly water monitoring. The air temperature was roughly 1oC whereas the water temperature was 7oC! 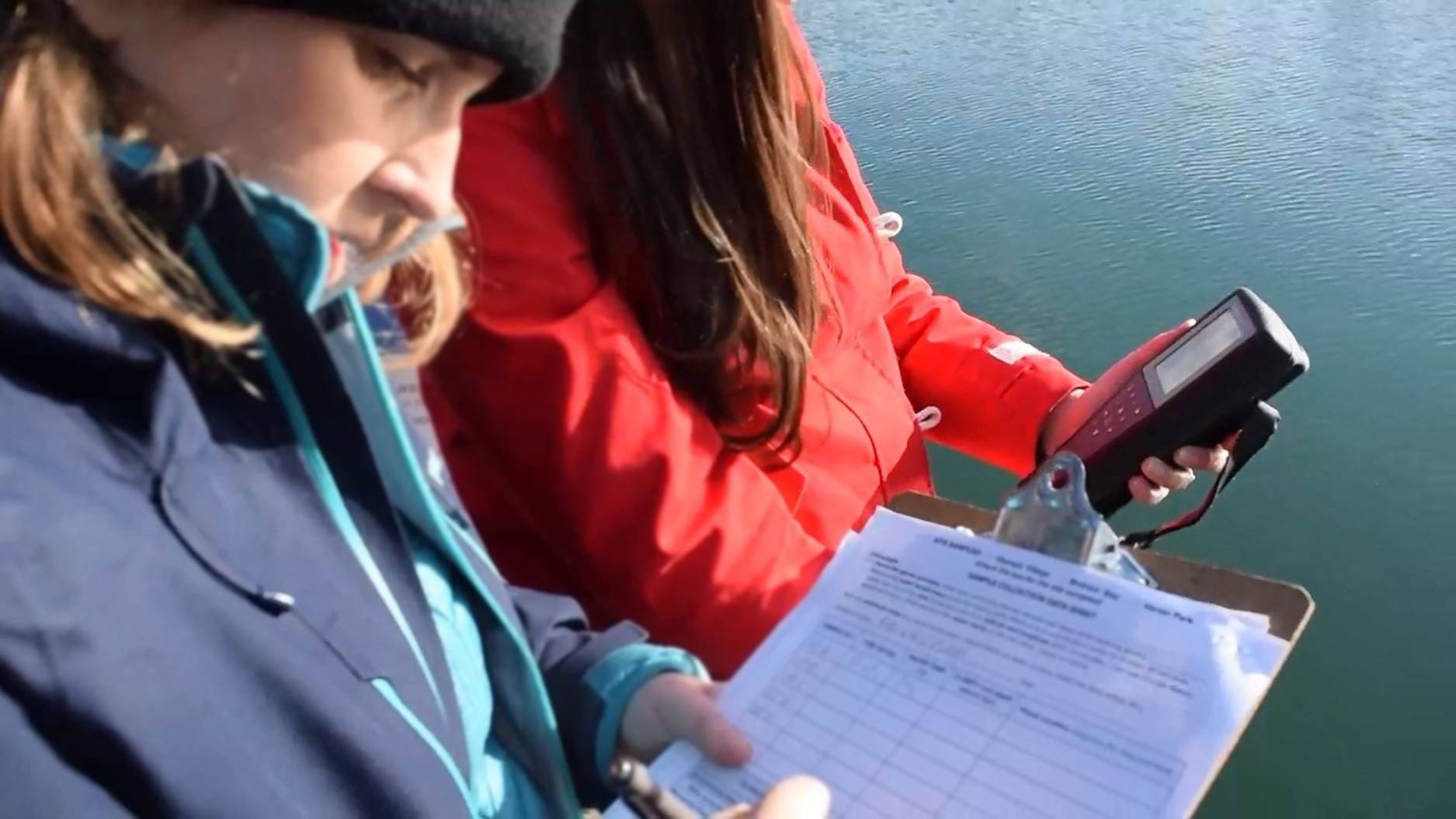 If the temperature was the only variable affecting False Creek’s state, we could be out skating on it almost annually. But of course, there are other factors at play. Ocean currents and tide keep the water constantly moving, preventing the water molecules from freezing into a nearly stationary state (WTAMU). BC is along the Pacific Ocean's "Alaska Current". This warm current flows in a figure 8 pattern from the equator, along Japan's coast, across the Pacific Ocean, and up towards the BC coast to Alaska (Ocean Blue Project). All this to say, the water here is repeatedly getting flushed with warm currents, making it quite unlikely to ever freeze solid. 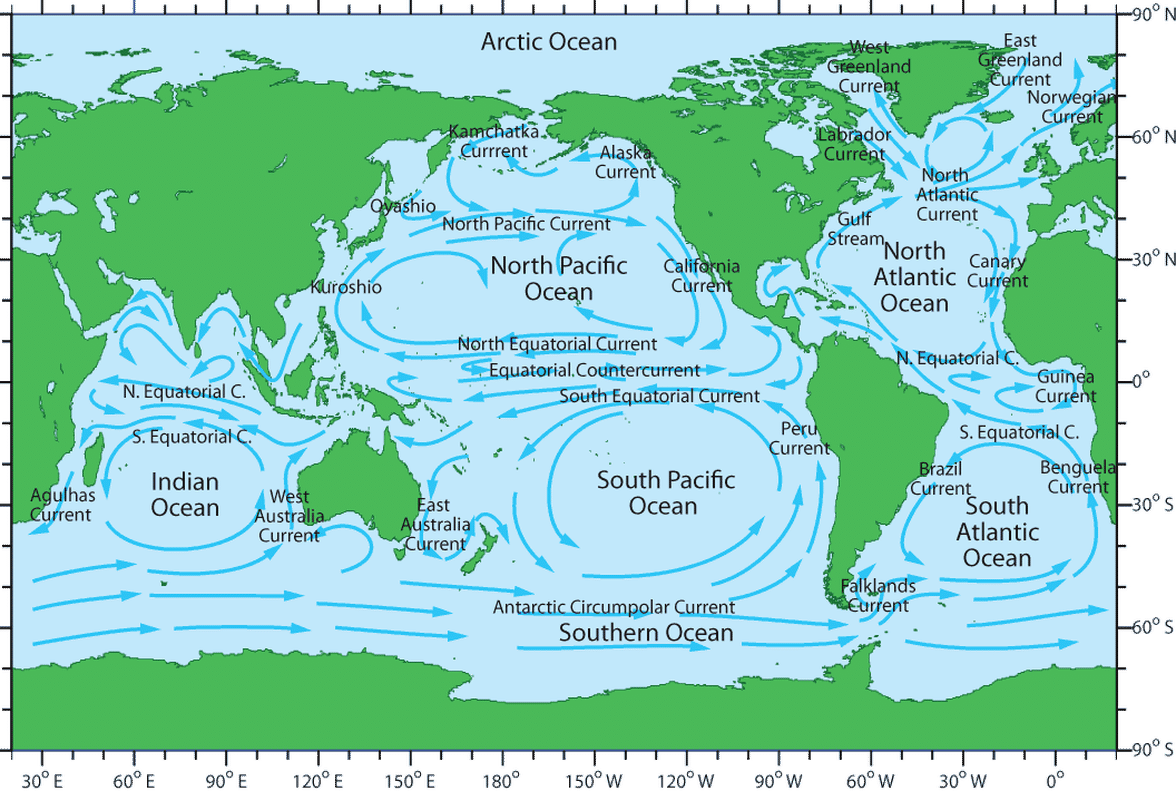 However, there’s photographic evidence to show that False Creek was once frozen enough for people to lace up their 20th-century ice skates and enjoy the classic Canadian winter sport. But False Creek was a whole different body of water back then. Below you can see a photograph of people in 1910 skating on False Creek, somewhere near where Rogers Arena stands today. Back then, False Creek had many shallow pools and ponds surrounding it, that could freeze solid during cold snaps. Shallow bodies of water freeze far more easily than large ones. This is because the “surface-area to volume ratio determines the rate of heat loss and therefore the speed of freezing” (WTAMU). So a shallow pool off False Creek with a large surface area will freeze much faster than the deep inlet itself. 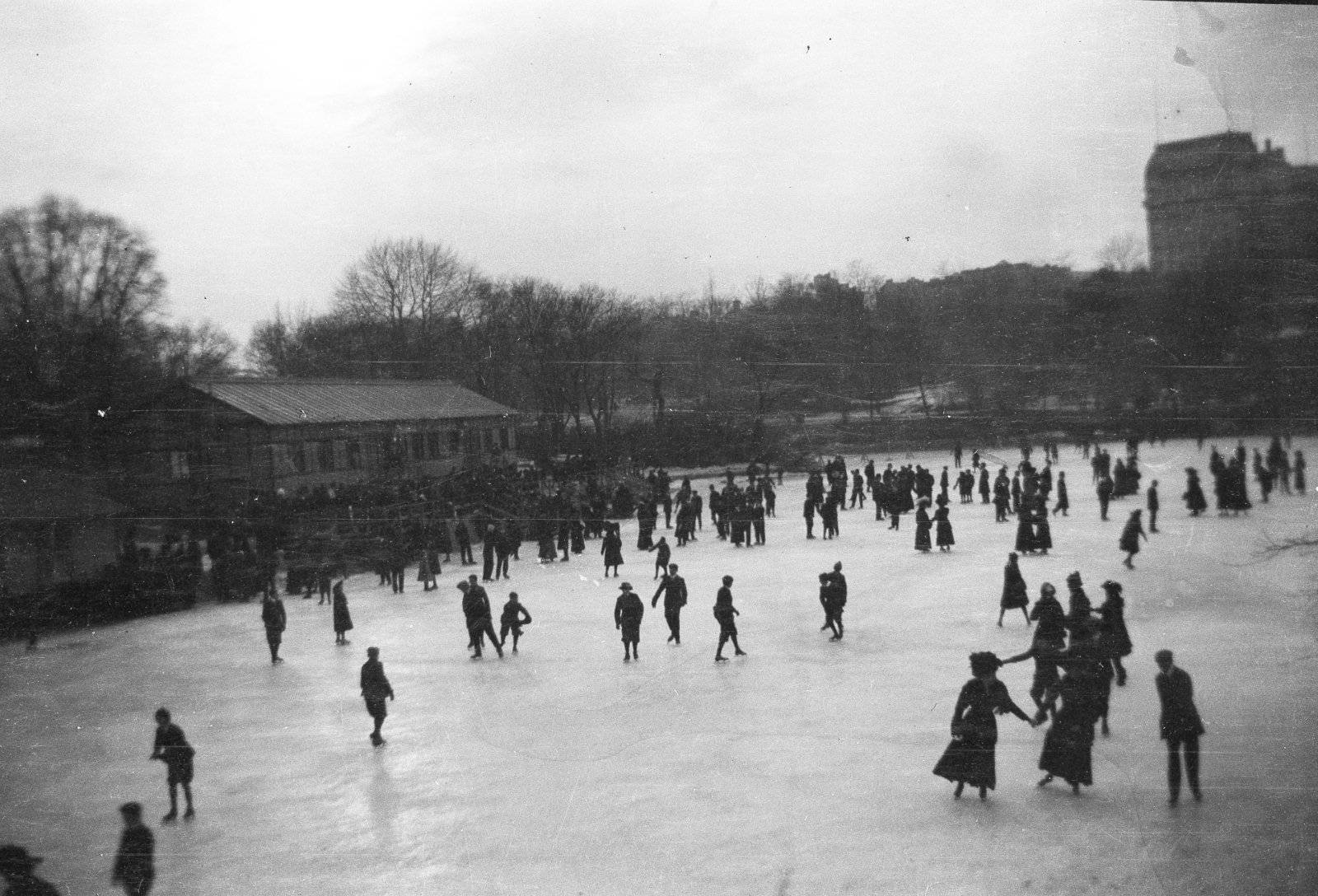 Today, False Creek is five times smaller than it used to be (Basok, Ji, Lovett, Yan, 2019). At the eastern end of the inlet, there was a large mudflat and intertidal zone. In 1917, this area which is now Strathcona, was filled in for Canadian Northern Railway’s Pacific Central Station. And so this photo from 1910 might be the last we’ll ever see of this phenomenon.

It doesn’t look like we’ll be skating on False Creek any time soon. But without a doubt, this defines Vancouver’s water recreation community. Every week that we’re in False Creek, collecting water samples and monitoring the water, we see brave souls taking advantage of the liquid state of False Creek no matter the weather; from Dragon Boat paddlers to Sea-dooers, kayakers, and more. Vancouver might not have a saltwater skating rink to utilize, but we’re lucky none the less to have endless options for how to take advantage of this blustery winter weather. 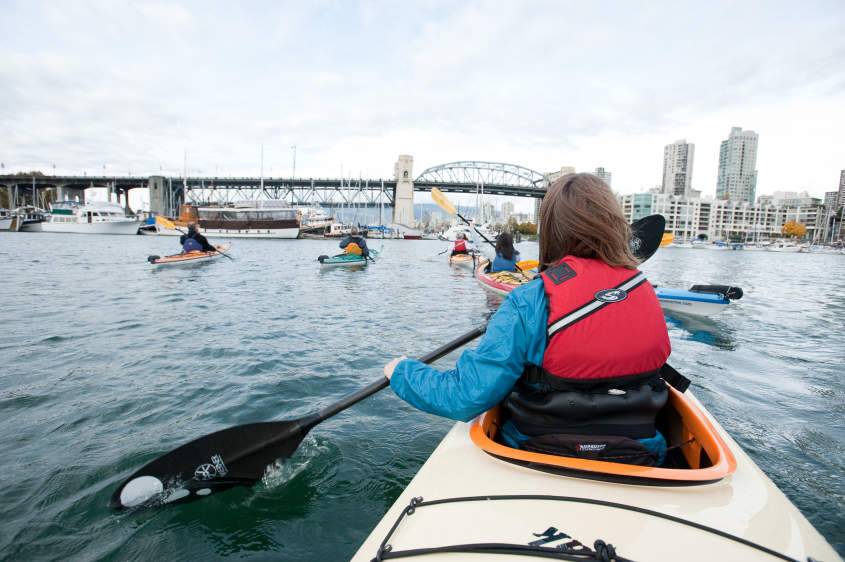 Paddlers bundle up and get out on the water in False Creek. Image: Tourism Vancouver