Based in Vancouver, FRK was first incorporated in 2004 and officially launched in 2007 by Executive Director Lauren Hornor with the leadership of environmental advocate and legendary trail-blazing prosecutor, the late Doug Chapman. Our programs bring together law, science, digital media, and culture to empower residents of the Fraser River watershed and coastal B.C. We provide tools for water literacy and leadership, enabling local citizens to restore polluted places, protect human health, and promote swimmable, fishable, drinkable water. 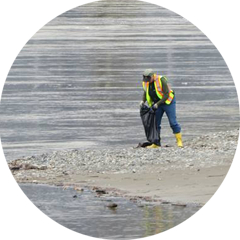 Cleaning Up The Heart of the Fraser

On March 19th, 2016, we hosted our 9th annual shoreline cleanup at Gill Bar in Chilliwack. With the help of over 450 volunteers we removed another 20 tonnes of garbage from the river’s riparian area (for a total of 88 tonnes in the past 9 years). Building on the success of our yearly cleanups, we have joined the City of Chilliwack, the Fraser Valley Regional District, the Conservation Officer Service, and other key community partners, in forming the Fraser Valley Illegal Dumping Alliance (FVIDA). Thanks to our efforts, Conservation Officers have told us they’ve already seen a 62% increase in reports of illegal dumping activity! Together, FVIDA members have removed more than 200 tonnes of garbage from the Fraser watershed. 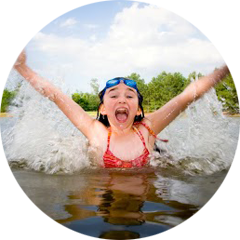 An estimated 100,000 Canadians get sick every year from swimming in contaminated water. The Swim Guide App, developped by our partners at Lake Ontario Waterkeeper, is a free and easy-to-use smartphone app that puts the most up-to-date water quality data from your local health authorities into the palm of your hand, making it easy to find out whether your local beach is safe for swimming or subject to a health advisory. So far, the Swim Guide smartphone app has protected in 123,787 beach-goers in BC alone, and reached more than 500,000 users worldwide! 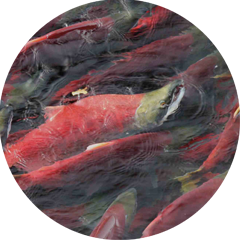 Standing Up For Wild Salmon

Our Wild Salmon Recipes website (www.wildsalmonrecipes.com) was launched late in the spring of 2015, pairing hard-hitting facts about the unsavoury truth behind farmed salmon with mouth-watering wild salmon recipes from some of the West Coast’s hottest chefs to produce powerful messaging that urges consumers in the U.S. and Canada to make the sustainable choice and buy wild. From August 25th to September 7th nearly 150,000 people viewed our ad for Wild Salmon Recipes on Google and the website itself received over 3,200 visits! 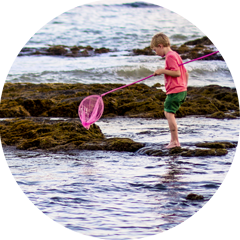 Reconnecting Canadians to their Waterbodies

What’s your most powerful memory of water? Officially launched in the January 2016, the Watermark Project is a web-based archive designed to collect and share Canadians’ personal water stories. This permanent online repository will serve both as a registry for Canada's swimmable, fishable, drinkable waters and as a living record of Canadians’ powerful connections to our rivers, lakes, and coastline. The goal of the Watermark Project is to collect 35 million water stories, one for each Canadian.