The Ghosts of Hell's Gate

A whiff of cigar smoke hanging in the corner of an empty restaurant, strange disembodied voices whispering on the wind, the apparition of a lonely little girl wandering the halls of the Upper Terminal; these are just some of strange and ghostly phenomena that have been reported at the Hell's Gate Airtram, rumoured to be one of the Fraser River's most haunted attractions. 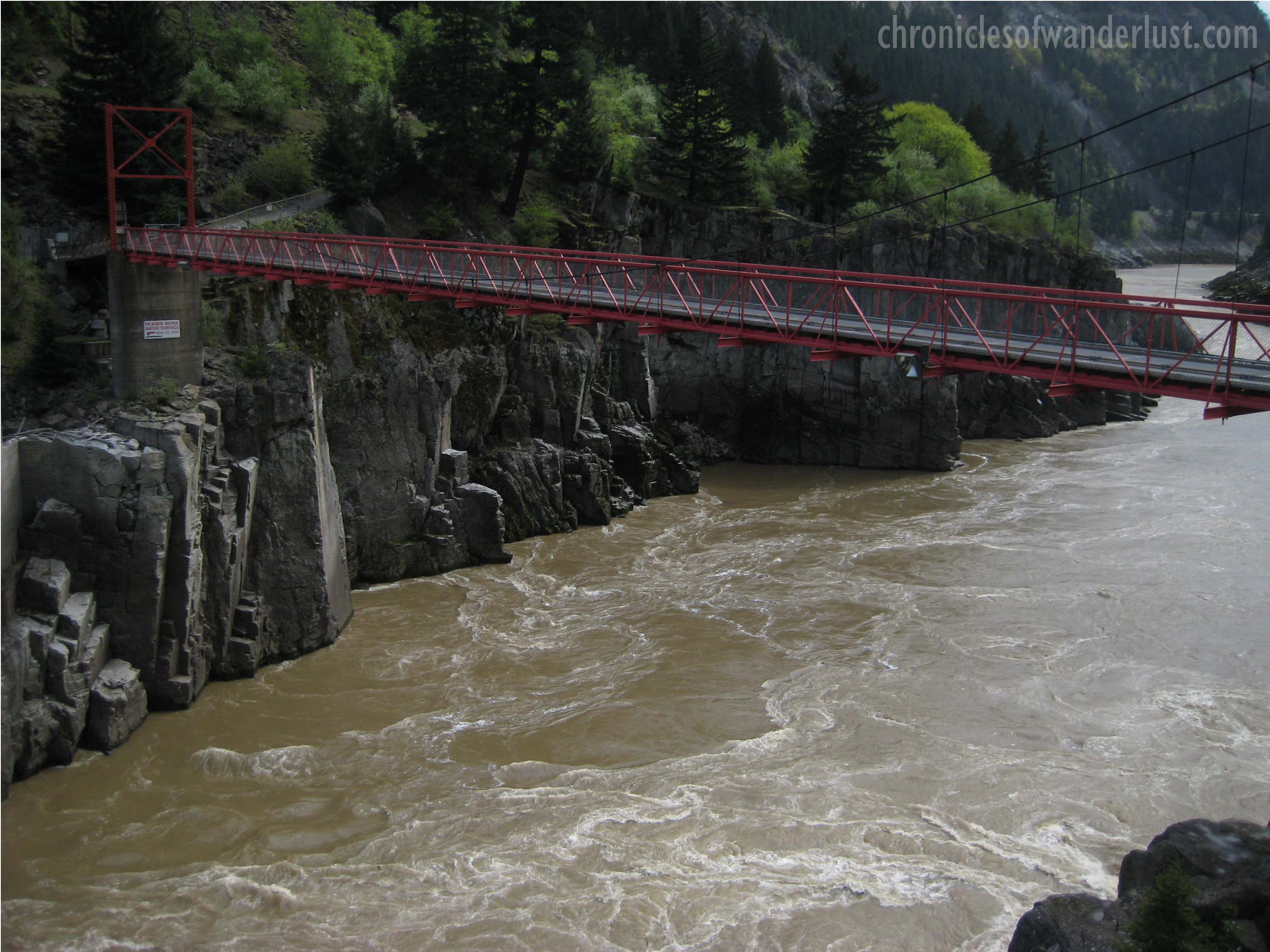 When the famed explorer Simon Fraser first portaged an "awesome gorge" during his 1808 exploration of the river that would one day bear his name, he commented in his journal that his expedition had travelled " where no human being should ever venture for surely we have encountered the gates of hell". Ever since, the churning waters of this narrow, 35 meter passage between the sheer rock walls of the Fraser Canyon have been known as Hell's Gate. Today, Hell's Gate is home to a delightful tourist attraction where visitors travelling the Gold Rush Trail can stop to enjoy an exhilarating airtram ride through the canyon to view this majestic site from the safety of an observation deck perched more than 150 meters below.

The banks of the Fraser are steeped in history. People have lived on the river since time immemorial, and in that time the raging waters and treacherous landscape of the Fraser Canyon have witnessed more than their fair share of  human tragedy. The Fraser gold rush of the 1850's brought prospectors by the tens of thousands to the newly-founded Colony of British Columbia seeking their fortunes; hundreds of them finding only starvation, madness and an untimely death in the unforgiving wilderness of the province's interior. Just a few decades later in the 1880's, the construction of the Canadian Pacific railway claimed the lives of an estimated three migrant Chinese workers for every one mile of track that was laid through the canyon's deadly terrain. The advent of automobiles at the turn of the 20th century led to the building of the Trans-Canada highway, but travel through the Fraser Canyon remained a harrowing prospect until the route was improved in the early 1960's, with many unfortunate drivers plunging to their deaths when dangerous overhanging sections of road gave way under the weight of their old cars.

As a consequence of all this rich and often grim history, the attraction at Hell's Gate is said to be haunted by spirits spanning more than two centuries. The building that now houses the gift shop was originally built as a cook-house for railway workers, something which might explain the phantom smell of fresh-baked apple pie and the apparition of a petite woman wearing a bonnet and old-style blue dress that have been reported there. The rambunctious ghost of a little Asian fellow who visitors have claimed to encounter on the deck could be the wayward spirit of one of the countless workers who lost their lives building the railroad.

Less clear are the origins of a mysterious man whose ghost has been seen casually smoking a cigar in the far corner of the restaurant and is suspected to be responsible for an unexplained aroma of cigar smoke that visitors and paranormal investigators have sensed wafting through the site. Another mystery is the sinister apparition of a dark and shadowy man, dubbed 'Edward' by the Hell's Gate staff, who has been seen lurking below the deck near the Gold Panning station, holding a pair of red-eyed dogs at the end of a leash. Some believe that his presence near the panning station suggest that he may be the ghost of a violent prospector from the time of the gold rush, or that he may have been a brutal overseer who was killed during the construction of the Canadian Pacific railway, but all agree that he was almost certainly an unsavoury character in life. Indeed, the profoundly negative energy that is associated with Edward's presence has been known to effect the emotions of visitors and staff in this area and to evoke a strong reaction from animals.

But despite Edward's unsettling appearance, there does not appear to be anything overtly threatening about the hauntings at Hell's Gate. Paranormal researchers who have investigated the site have found no evidence to indicate that the spirits that are said to linger there pose any real danger to staff or visitors. So while a sudden drop in temperature or unexplained knocking sound might send a chill running up your spine, the ghosts of Hell's Gate should remain more as testaments to the long, storied history of the Fraser Canyon and the river that runs through it than a source of fear and foreboding.

Hell's Gate Airtram is currently closed for the season, but you can visit (and maybe have your own ghostly encounter) when the attraction reopens in the spring of 2016. For directions to the site and more information, you can visit their website at  http://www.hellsgateairtram.com.