The Lower Fraser River: death by a thousand cuts?

Or a coherent vision for a sustainable future? 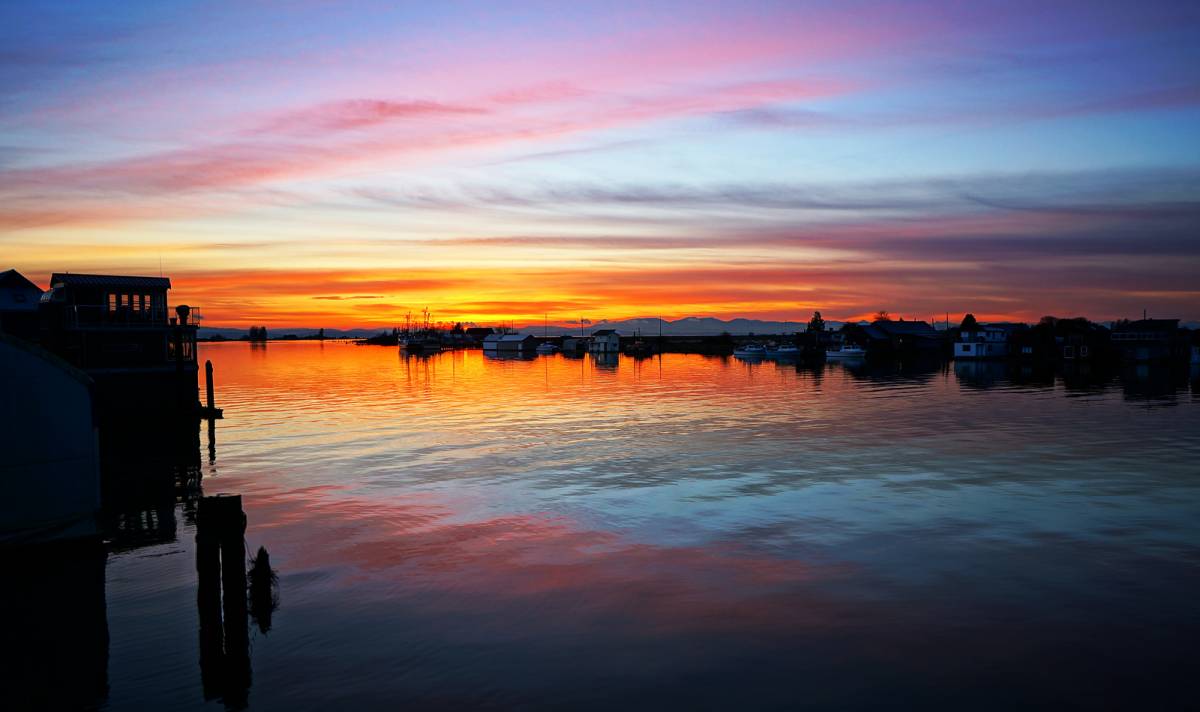 The past several years have seen a steady stream of industrial developments proposed for the lower Fraser River. In 2011 we saw plans for a new container terminal at the river's mouth, DeltaPort Terminal 2. This massive marine fill project would sit directly on top of critical habitat for juvenile salmon and orcas, and disrupt nearby mud flats that are a key source of food for millions of migrating shore birds each year. It is still under review.

Next came the proposal for a jet fuel terminal on the river. This project, now approved, could see between 70 and 120 tankers and barges loaded with volatile jet fuel travelling up the river each year to discharge their contents to a pipeline through Richmond to YVR.

In the fall of 2012 we learned of a proposal for a new coal port on the river at Fraser Surrey Docks. This project, also approved but not yet under construction, could see 640 open barges of U.S. Powder River Basin coal, each the length of a football field, towed down the river and up the windy Salish Sea each year.

Finally, just last month, we learned of a proposal for an LNG terminal on the river in Delta. This project, if approved, would see up to 120 LNG tankers and 90 LNG barges navigating the river each year, within hailing distance of riverside condos and parks.

Looming above all of this is the pending removal of the Massey Tunnel, the only obstacle currently standing between the middle reaches of one of the world's richest salmon rivers and full bore industrialization.

Each one of these projects have been proposed and reviewed in isolation. Nowhere among the many studies and reports they’ve generated will you find answers to two fundamentally important questions:

“How much development on the Fraser is enough?” and “Who gets to decide?”

Missing in this piecemeal approach to development on the lower Fraser is any attention to the cumulative impacts of all these projects, including the collective impact of dredging so many berths along the river, and the the overall impact of increased vessel traffic on the Fraser, its estuary, and the Salish Sea.

What’s also missed, when we’re asked to weigh the costs and benefits of a Fraser River industrial development in isolation, is any attention to what has gone before—all the compromises, all the losses, all the changes that have brought us to where we are today.

In his book, The Once and Future World, author J.B. MacKinnon writes about the changes that humans, especially those living in industrially organized societies like ours, have brought upon the world. Our powers are so great and our reach so extensive that 90 percent of what is wild has been lost. We’re literally living in a 10 percent world, and we’ve got to figure out how to sustain and protect that, both for us and for the life with which we share the planet.

It’s time for those who care about the future of the Fraser to join forces and begin this work. First Nations, fishers, farmland supporters, advocates for migratory birds, and those concerned about the impacts of fossil fuel exports, both locally and on the climate, need to recognize that they are all after the same thing: a comprehensive and thoughtful approach to sustainable, shared use of the lower Fraser, and a common vision of what a healthy and vibrant river will look like 10, 25, even 50 years downstream.

Decisions about the Fraser’s future must not be left only to interests that prioritize “facilitating trade” above all else. Those who care must draw a line and insist that, on some issues, there is no more room for compromise. Too much habitat has been lost, and too much harm has been done to our salmon, eulachon, and sturgeon, among others, to engage in debates over how much of that remaining 10 percent we can afford to carve off in the service of globalization.

If the Fraser is to avoid death by a thousand cuts, if it is to avoid being reduced to a channeled and dredged industrial marine highway, then those who care about the river must call for an end to piecemeal, project by project review processes. It’s time that decision making on the Fraser be guided by a widely supported, comprehensive vision for the river’s future.

Kevin Washbrook is with Voters Taking Action on Climate Change.

Joe Daniels is a Fraser Riverkeeper.