The Confluence of These Two Rivers Transforms into an Eagle Haven

Last Friday, the Fraser Riverkeeper team left our cozy office, pulled on some warm layers, and headed to the confluence of the Fraser and Harrison rivers. We were off on an adventure to reconnect with these powerful waters.

To celebrate the end of an incredible year, we thought it best to go back to the Fraser River and spend time appreciating the swift currents, resilient wildlife, and natural beauty of our namesake. We took a guided tour with Fraser River Safari, owned by Captain Liam Sullivan, a kind and highly informed guide who has explored the Fraser River watershed since childhood.

Along with some other wildlife fanatics, we climbed into a jet boat that felt just as comfortable as our office, but with a much better view. We were surrounded by misty hills, the emerald waters of the Harrison River, and had already sighted more than 10 eagles perched in the trees along the shore. Little did we know, eagles would become the stars of the show. 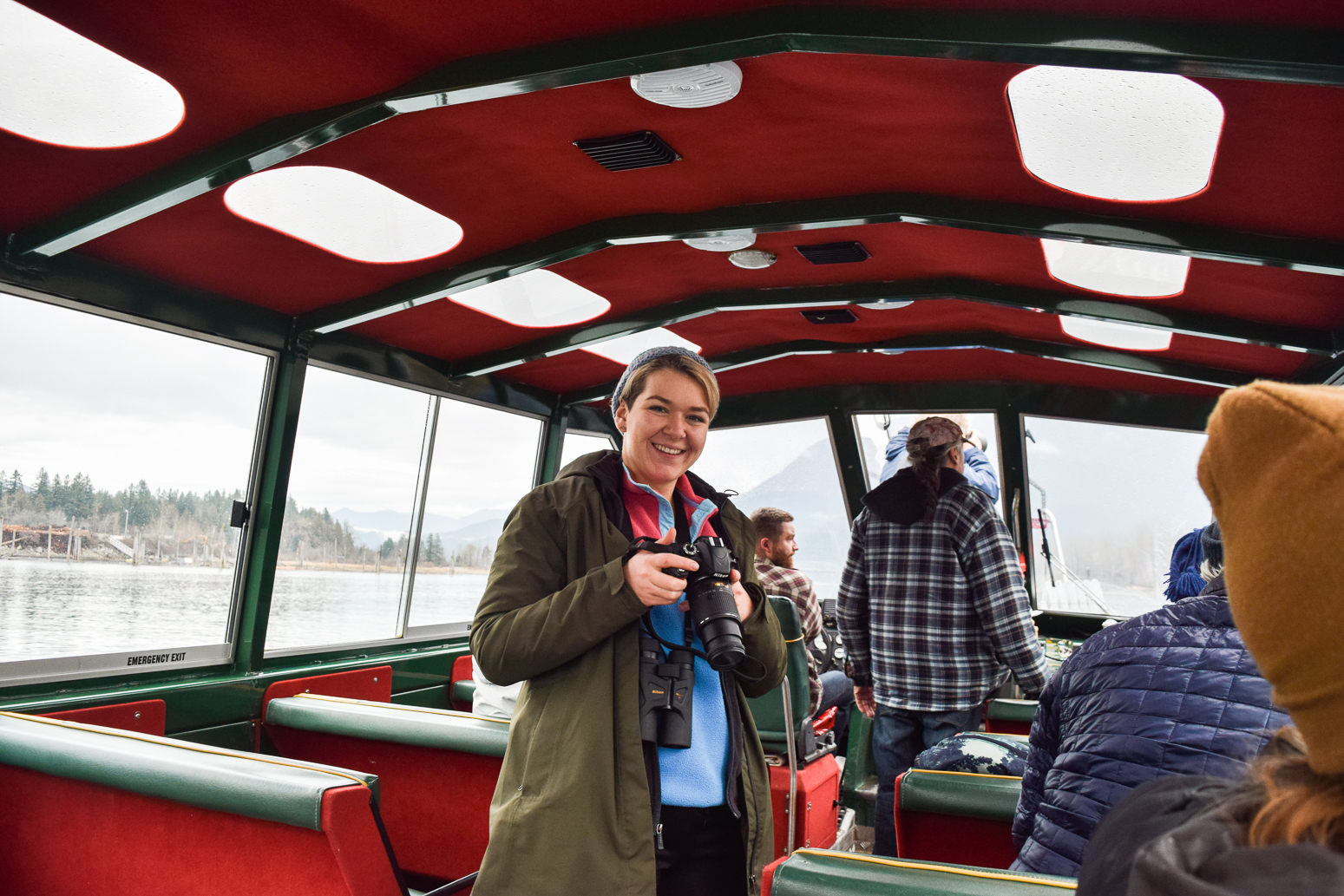 The Harrison River is the single largest salmon-producing tributary of the Fraser River system, as spawning habitat for all 5 species of Pacific salmon (chinook, coho, chum, sockeye and pink salmon) between October and November. Where there are salmon, there is most definitely an abundance of their predators: bald eagles. The Harrison-Fraser confluence is home to the largest congregation of bald eagles in the world. With roughly 35,000 eagles flocking to the area of Harrison Mills between November and February every year. Captain Sullivan informed us that as the north begins to freeze the eagles migrate south, but they also follow salmon runs throughout the Fraser River watershed.

Throughout the day we probably saw more than 300 bald eagles, all in different stages of maturity—eating, soaring, resting, airing out their wings. It was a magical few hours and we were glad to have brought our cameras and binoculars. 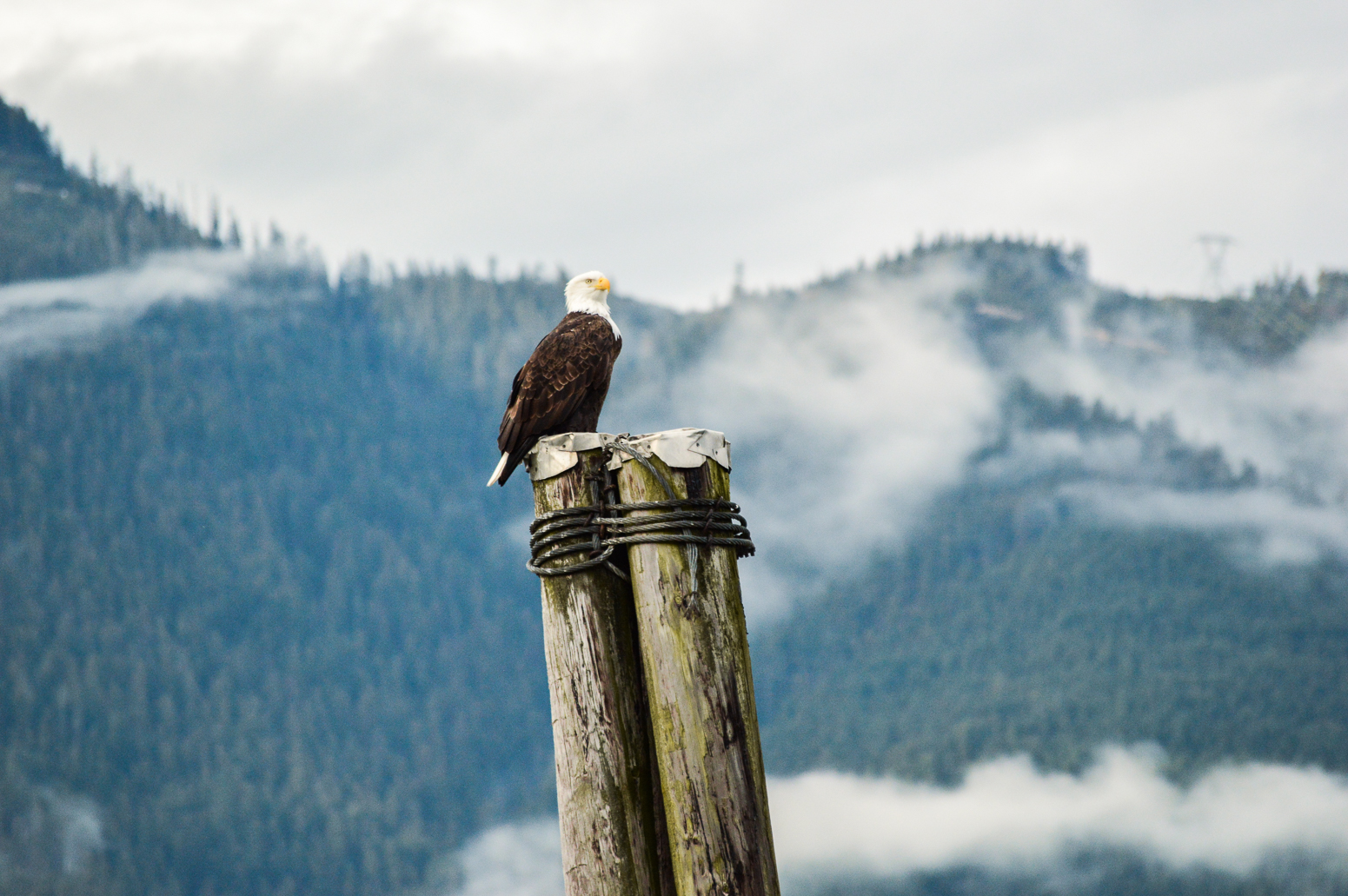 Captain Sullivan provided a wealth of information, as he regularly explores the area with eagle expert and biologist, David Hancock. Our favourite facts about eagles that we learned were: 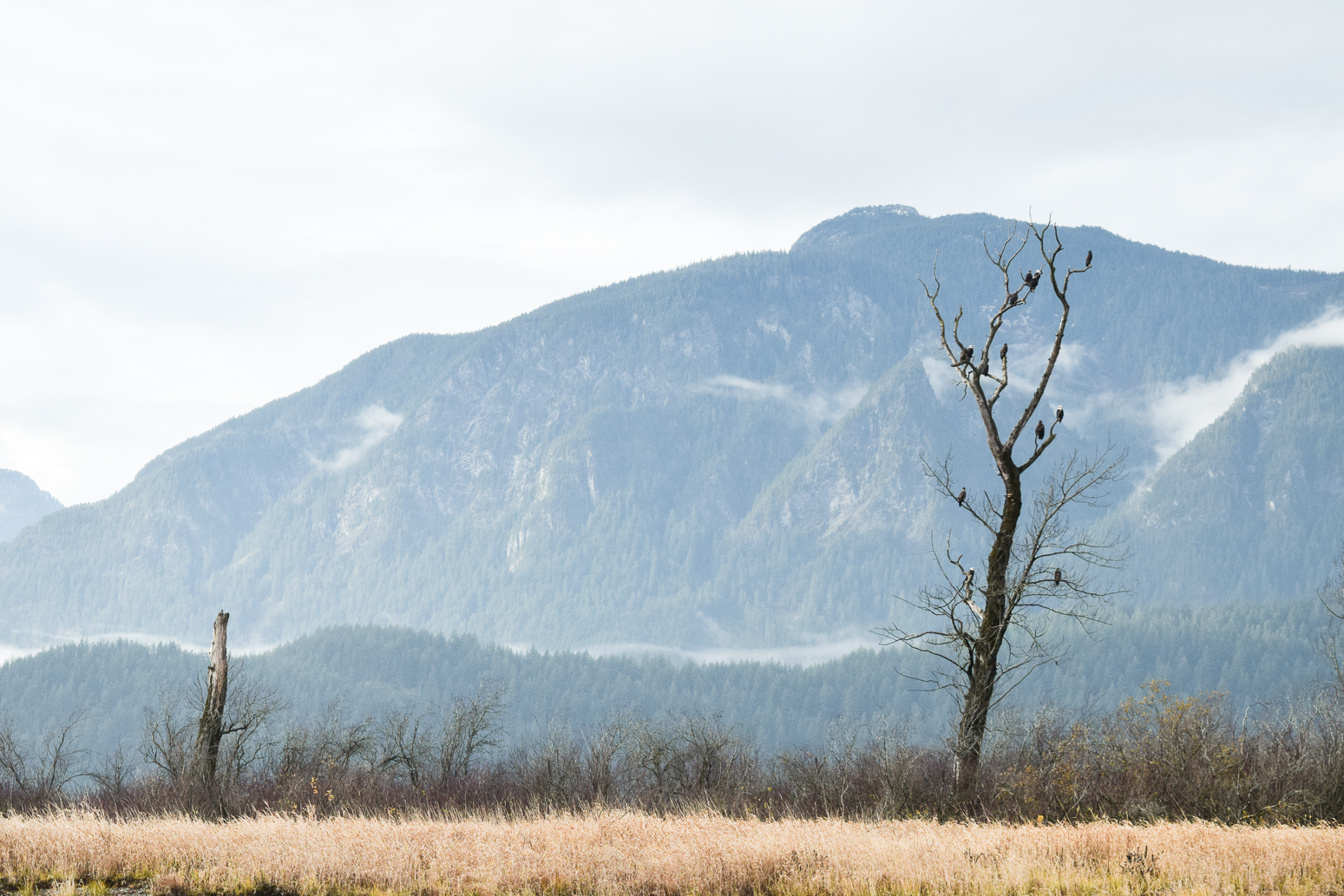 After lunch, we joined Captain Sullivan again to visit the confluence of the rivers, where the Harrison flows into the Fraser. He pointed out the dramatic change in the colour of the water as it goes from emerald green to silty-brown. The Fraser River is cloudy and brown due to its length. Captain Sullivan explained that since the river runs almost 1400 km long it picks up huge amounts of fine silt. Each year the Fraser River carries about 20 million tons of silt and deposits it into the Salish Sea.

As we watched the colour between the Harrison and Fraser change, Captain Sullivan pointed out a couple of seals near the boat. At a small set of rapids where the rivers meet, seals prey on salmon that head towards the Harrison to clean out their gills from accumulated silt. With the limited visibility, the seals use the advantage of their sensitive whiskers and echolocation to catch the rush of salmon. 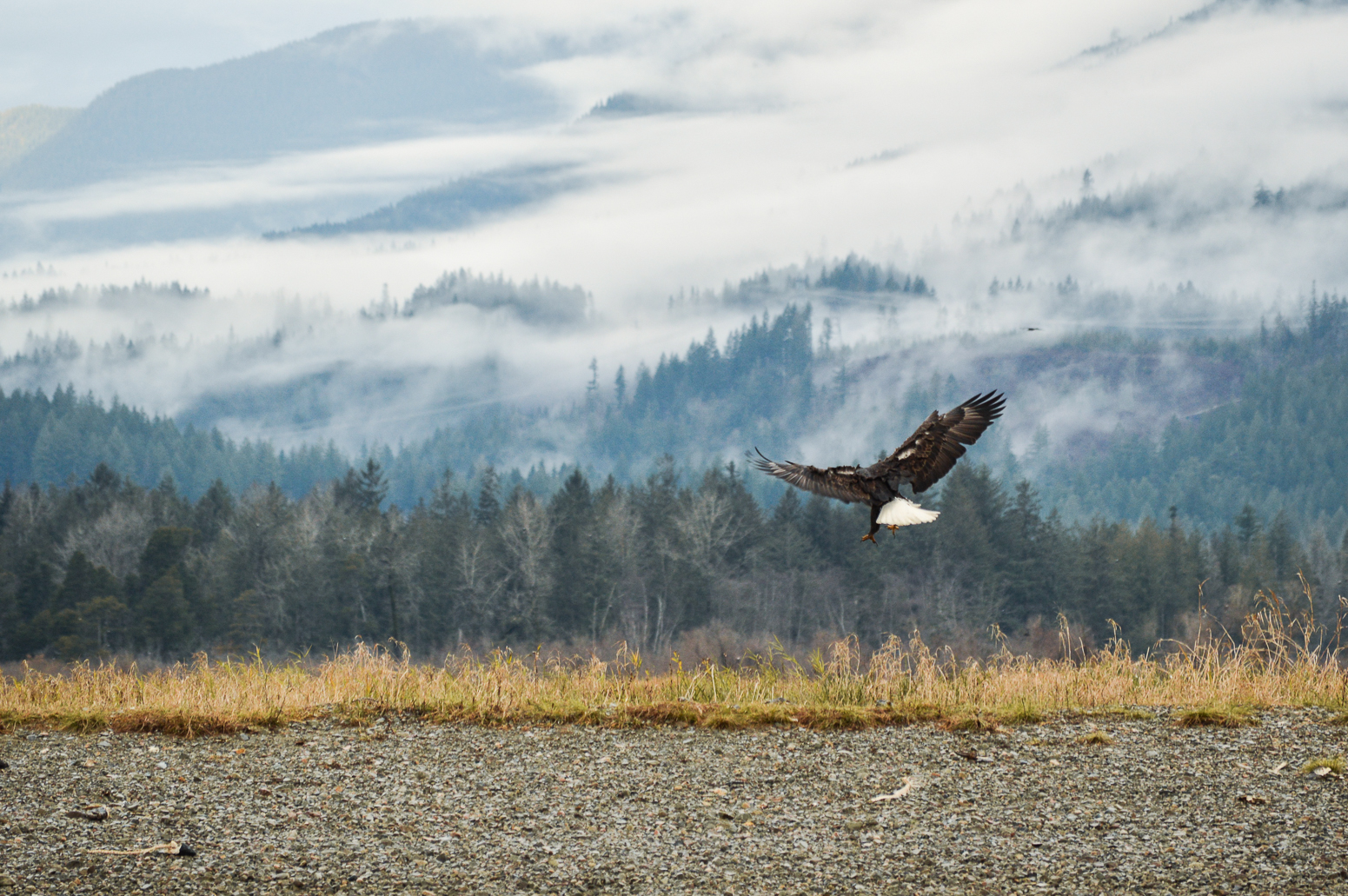 Our afternoon on the water helped us connect to the wildlife that fundamentally depends on the health of these rivers. We were fortunate to witness the congregation of so many eagles. We can’t take this for granted. As global temperatures rise, the eagles may be less inclined to travel south. In a 2018 CBC article, David Hancock warns that warmer temperatures and overharvesting of salmon threaten the eagle populations and therefore the entire ecosystem. Witnessing the natural beauty of the Fraser River watershed helps motivate us to protect these waters for the salmon, for the eagles, and for generations to come.