Recently, I was biking along 6th Avenue when I heard the rushing of water next to a roundabout. I pulled over to confirm that I was indeed hearing water below the street. This piqued my curiosity. When I got home, I began researching the area and learned that it’s home to an underground stream. What is more, I found that there are dozens of streams hidden out of sight and that Vancouver was once home to a thriving population of Pacific Salmon1. But I still had a lot of questions: What effect did these streams have on the environment? Why did the salmon disappear? Can we bring them back and “rewild” Vancouver?

When Vancouver was colonized in the 1860s by Europeans it was a complex ecosystem and already home to the Squamish, Tsleil-waututh, and Musqueam peoples for thousands of years2. The industrialization of Vancouver was rapid, and soon the crystalline creeks that connected land-to-ocean were buried3. 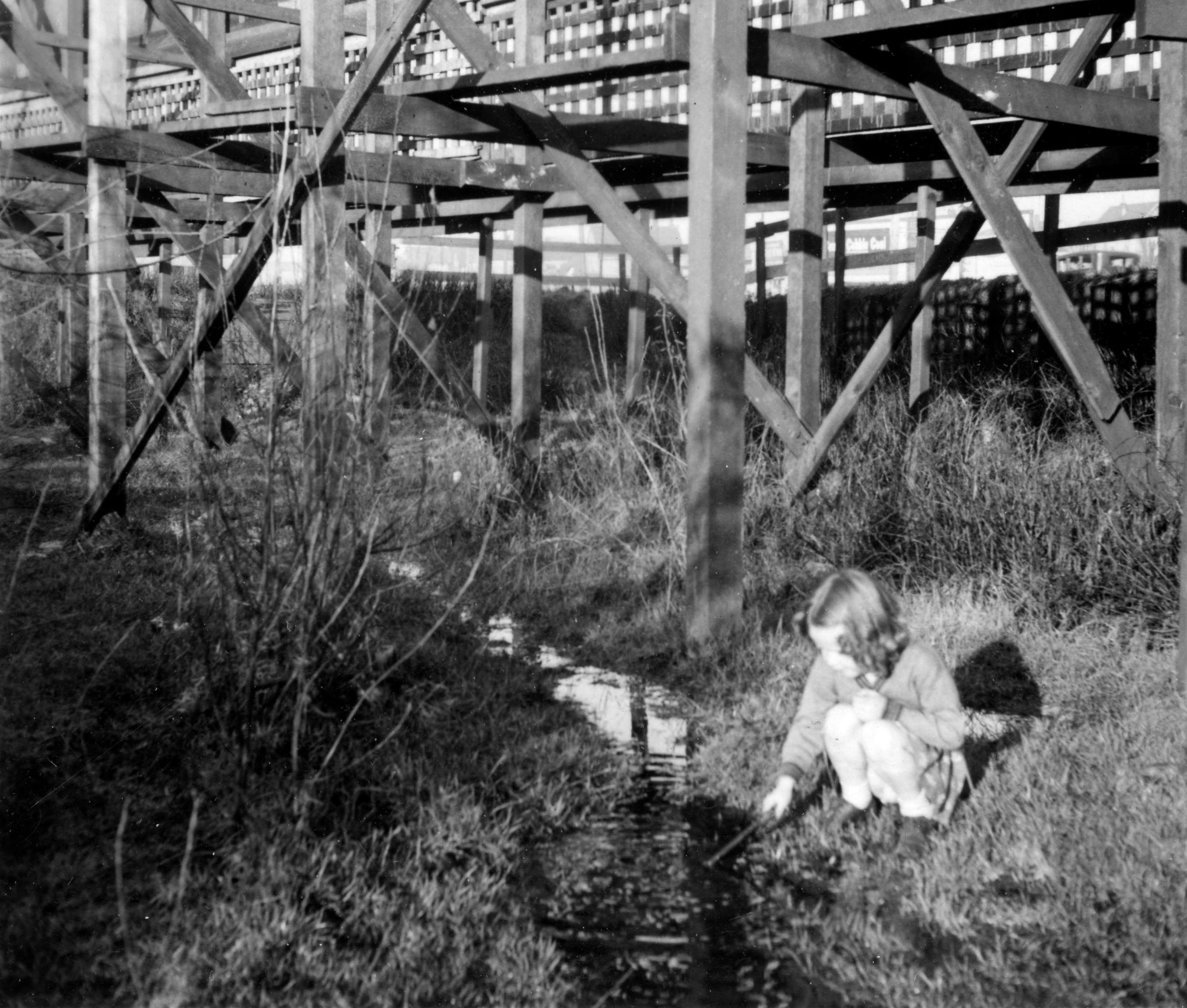 Image: A young girl plays by a stream in Mount Pleasant.

Though dozens of creeks were lost in the urbanization of Vancouver, a few resilient streams still flow today. In 2014, the UBC Library worked with the Vancouver Aquarium to digitize old paper maps and uncover Vancouver’s network of streams and original shorelines. This process helped reveal dozens of streams that ran through virtually every neighbourhood in the city.

Some of the streams that continue to flow within Vancouver include Still Creek, Spanish Banks Creek, St George Creek, Beaver Creek, Musqueam Creek, and Tatlow Creek. These streams run into large bodies of water such as English Bay, False Creek, Burrard Inlet, and the Fraser River; BC’s most important river for supporting salmon4. The health of these creeks that flow into the river is crucial for providing salmon with opportunities to safely swim upstream and spawn. And in turn, thriving populations of salmon can help maintain the river's strong ecosystem5. 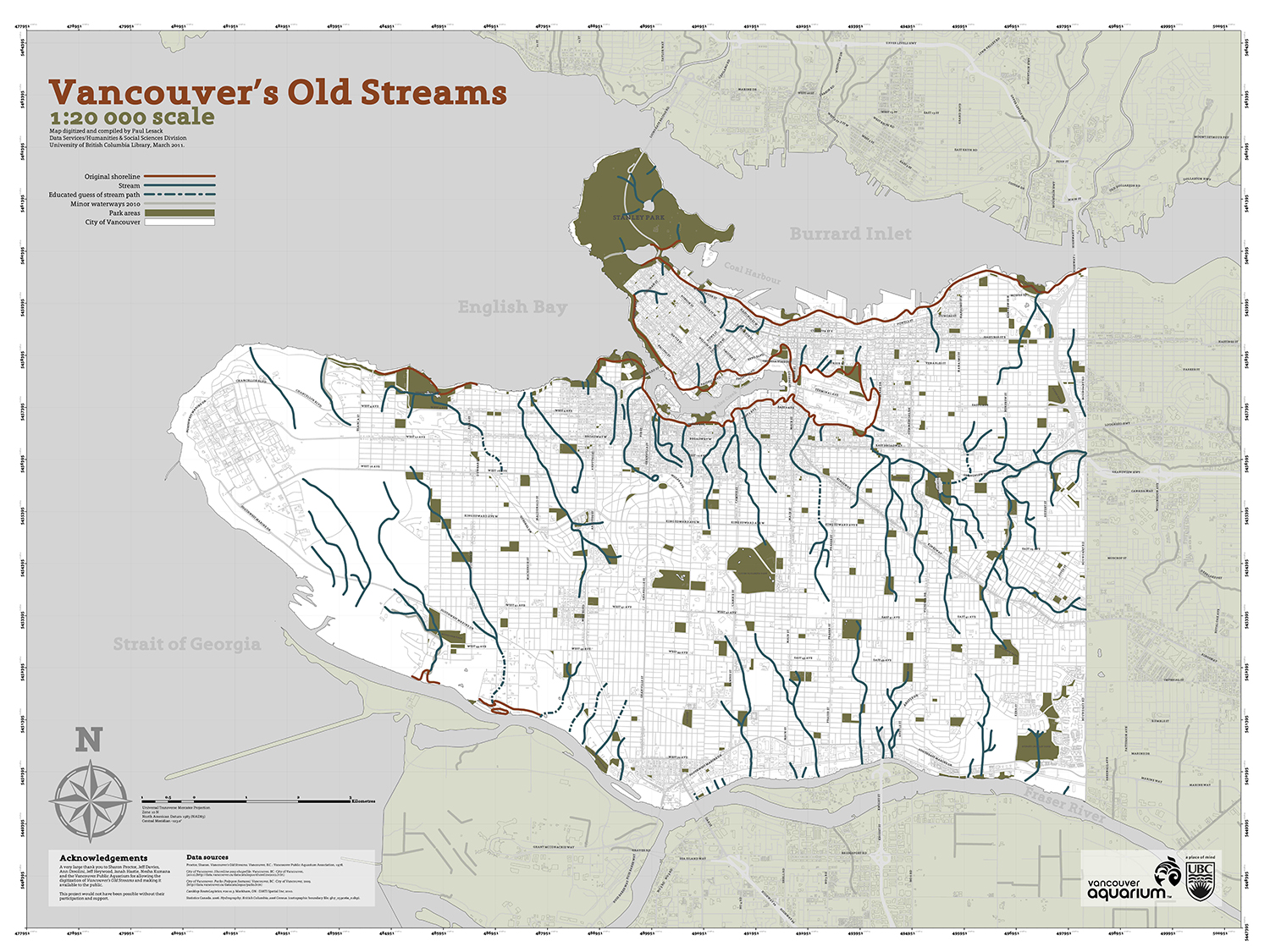 As I uncovered more information about these lost streams, I began reading about restoration projects to bring them up from beneath our city streets. In Kitsilano, two parks (Volunteer and Tatlow Park) are home to Tatlow Creek, which was buried in pipes that flow into English Bay6. Efforts began in 2017 to revive the area—to uncover (“daylight”) the stream running through the heart of the parks, and create a luscious wetland to support wildlife and invite salmon back to the historical site7.

Similar efforts are being made to revive Spanish Banks Creek in West Point Grey. Since the first restoration efforts began in 1999, the Spanish Bank Streamkeepers have worked with biologists and volunteers to release thousands of Coho fry into the creek8. Their goal was to kickstart a thriving population, and it worked. In recent years, members of the community have been shocked to see salmon returning to the residential area for spawning season9.

Just a few decades ago, Still Creek, which flows through Vancouver and Burnaby, was one of the most polluted waterways in the Vancouver area10. In 2012, after researchers, environmentalists, and the River Institute of BCIT worked for years to daylight the stream and revive the ecosystem, a run of Chum Salmon returned for the first time in 80 years11. The salmon have found their way back to spawn every year since the creek’s revival, which marks yet another success story of Vancouver's "rewilding". 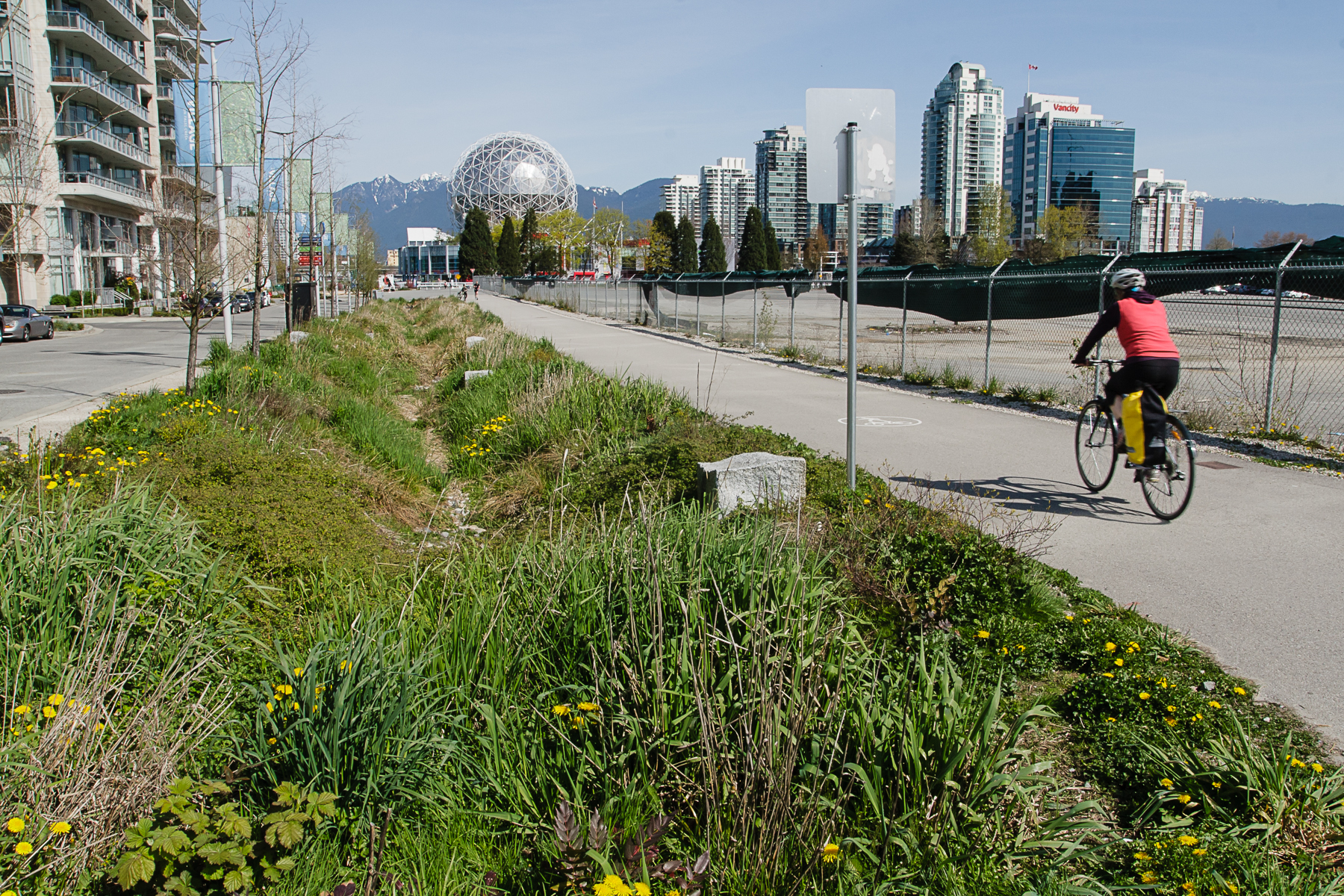 Uncovering our lost streams and creeks is an important way to reconnect with the land and water bodies that have been buried and forgotten. Through my research, I discovered that by bringing back diverse habitats, we can "rewild" our city, live more closely with the native wildlife, and learn more about the culture of the Squamish, Tsleil-waututh, and Musqueam peoples. Bringing creeks and streams back to our communities provides our natural environment with more opportunities to thrive, sites where hands-on education can take place, beautiful places for communities to gather and connect with water, and a new connection with the land and its history12. In my opinion, these are all crucial to reignite a passion for protecting our precious planet. 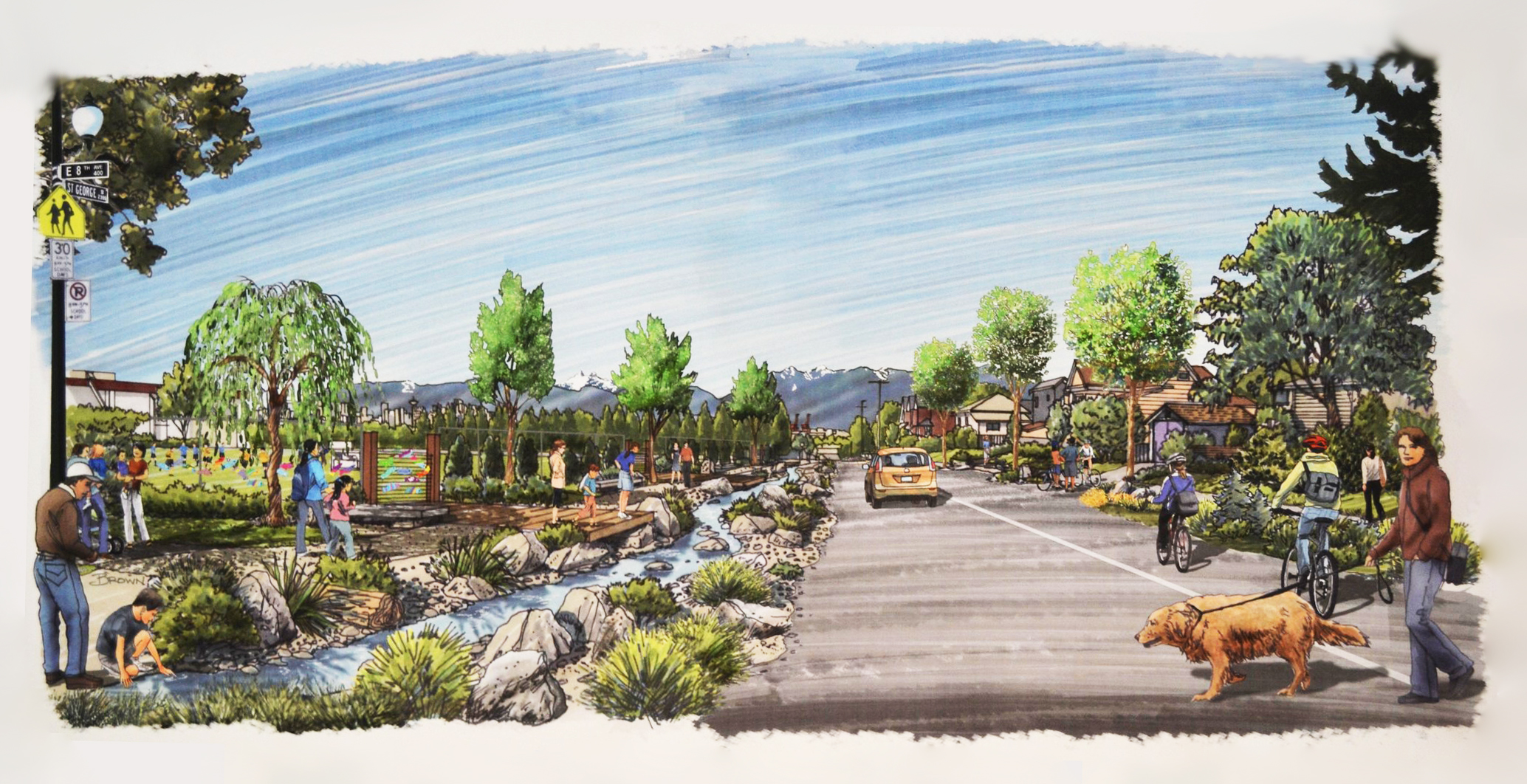 Julia Pepler is the Digital Content Coordinator for Swim Drink Fish in Vancouver.