Hundreds of volunteers were busy Saturday at the 12th annual Fraser River clean-up.

Each year, says organizer Molly O’Ray, they go down to the end of Gill Road in Chilliwack and clean up garbage dumped along the Fraser River. 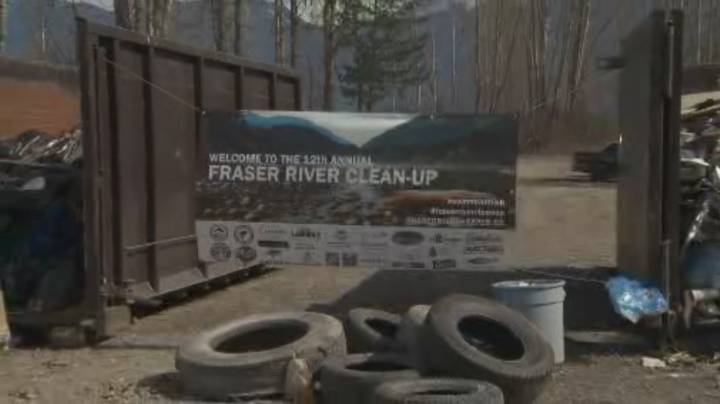 “Couches, mattresses, mostly mattress coils, and then there’s some old tires, and different pieces of furniture, and computers,” O’Ray said, describing some of the discarded items.

She says it’s unbelievable how many people dump their garbage in the outdoors, rather than taking it to the dump.

“[It’s] just been surprising,” she said. “People go out of their way to get rid of [something] so they’re not getting charged dumping fees, things like that.”

And she has a big message for offenders:

“Don’t bring things here that are from your home, because this is someone else’s home too,” O’Ray said. “We want to make sure that this stays as a safe home for the salmon that live here.”

O’Ray says this year has seen the highest attendance so far, with around 700 volunteers participating.

WATCH (2014): Volunteers clean up trash along the Fraser River in Chilliwack