What Lurks Beneath: The Legend of Ogopogo

You think you saw something in the water. Iridescent green scales twinkle in the light of an undulating wave on the surface of the water. Surely not! It couldn’t be what you think it is, you don’t believe in that stuff, right?

But you can’t shake the feeling, you know it in your heart…you’ve seen the Ogopogo.

Slithering, gliding, patrolling the depths of the Okanagan Lake, one of British Columbia’s most picturesque lakes, is the famed water monster, the Ogopogo - or so they say. While the name Ogopogo doesn’t exactly strike fear into one’s heart, the creature is said to be over 25 metres long, humped, snake-like, with the head of a horse. 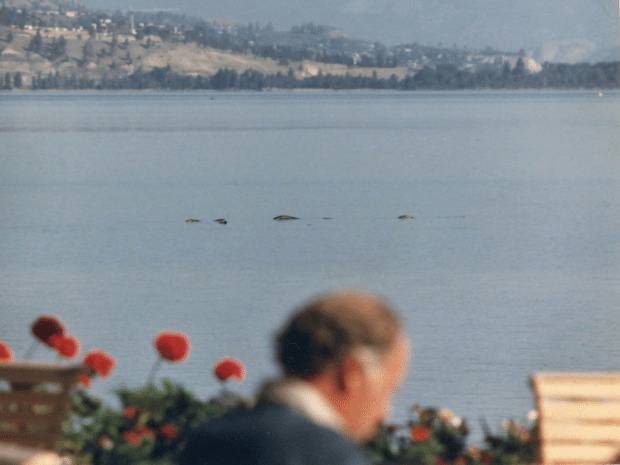 In 1890, Captain Thomas Shorts encountered a 16 foot long snake with the head of a ram while out on his steam powered boat. He quickly tried to get a glimpse, but it disappeared before he could make out more of its features. No one believed him, but legends persisted and sightings grew with every year. Settlers who moved to the nearby Kelowna area would traverse the lake with rifles, fearful of an encounter with the unknown. Over the course of the 20th century, the Ogopogo grew to become a tourist attraction. People flocked to the lakeside town of Kelowna in hopes of seeing the sea dragon breach the surface of the water. But according to Kelowna locals, the Ogopogo, or Oggy for short, is a reclusive character and prefers to spend time beneath the surface or in its underwater lair near Rattlesnake Island. And you can hardly blame Oggy for keeping a low profile, I would too if tourists hung around my house for the past 100 years like the paparazzi. 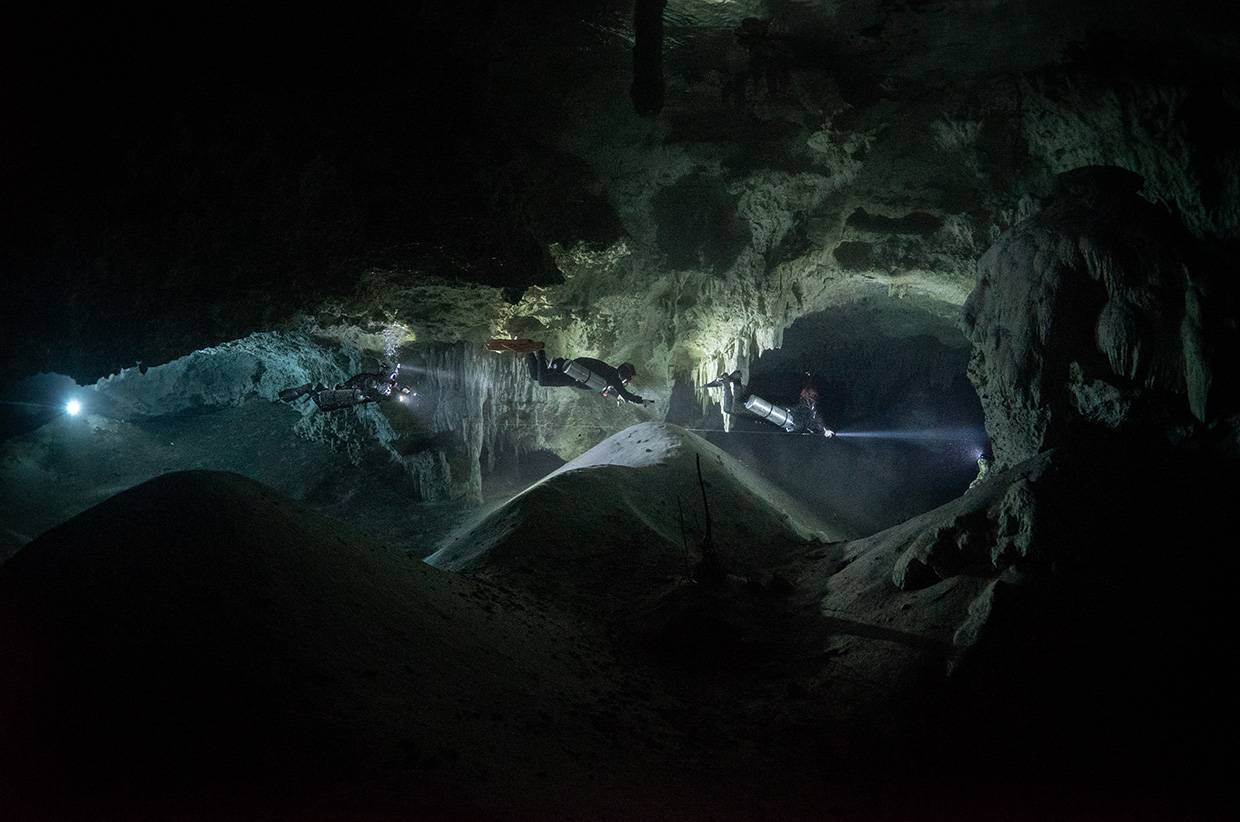 How To Spot Oggy

Since no one has ever come face to face with the creature, or at least not on camera, the descriptions of Oggy vary. Some say Oggy has green-brown scales, and that it’s got the head of a horse, or a goat, or a reptile. Other accounts paint a picture of an Oggy with horns or antlers, and several sets of fins. Everyone agrees that it's very, very long in length, and narrow like a snake. 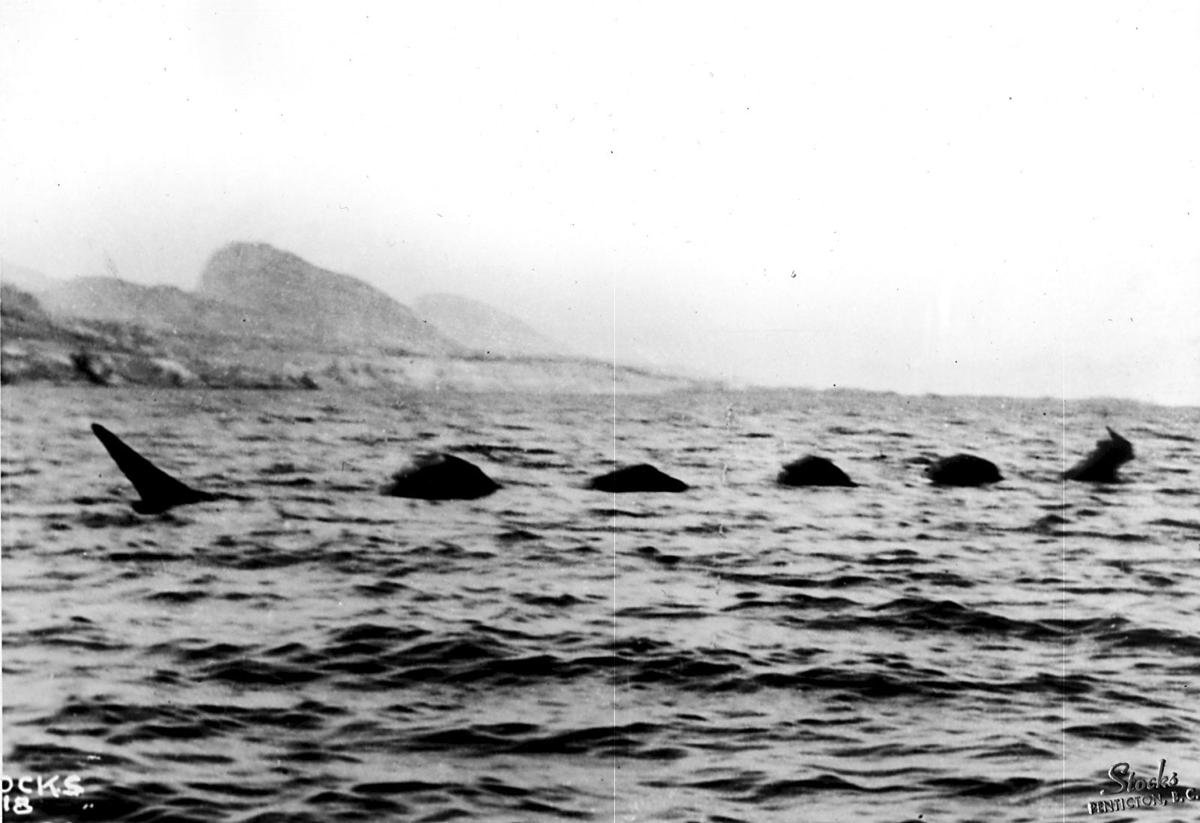 Most people say they saw something a bit like this. Image: Penticton Herald

Time and time again, the Ogopogo has been described as a distant relative of some ancient aquatic dinosaur. Oggy might just be an evolutionary orphan, somehow spared by the ice age. Scientists have mused that it may be a form of a primitive whale called a Basilosaurus Cetoides because of their shared features. 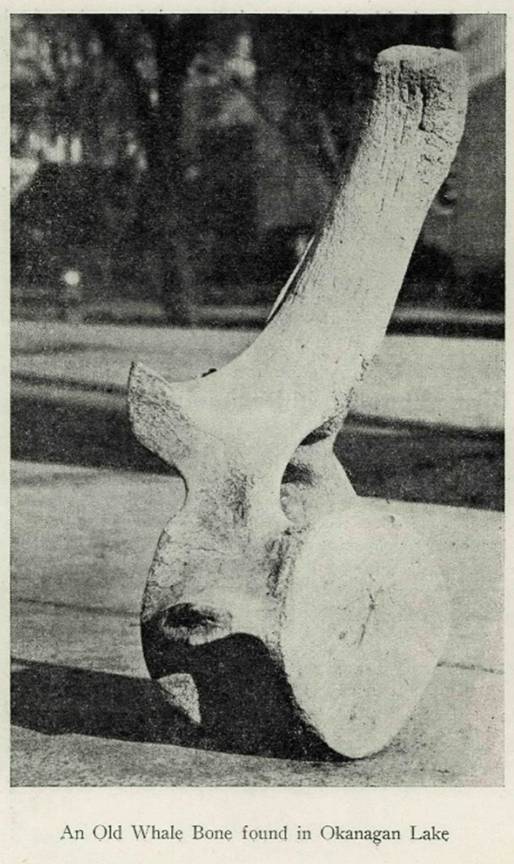 I mean, the Okanagan Historical Society did have an old whale bone from the bottom of the lake...before it mysteriously disappeared, that is. Ogopogo deniers, perhaps?

Another possibility is that Oggy is the cousin of an extinct marine dinosaur called a plesiosaur. Plesiosaurs first appeared about 203 million years ago, and disappeared 150 million years later. Poof. Fossils of the long, flippered dinosaurs have been found on the floors of oceans worldwide. 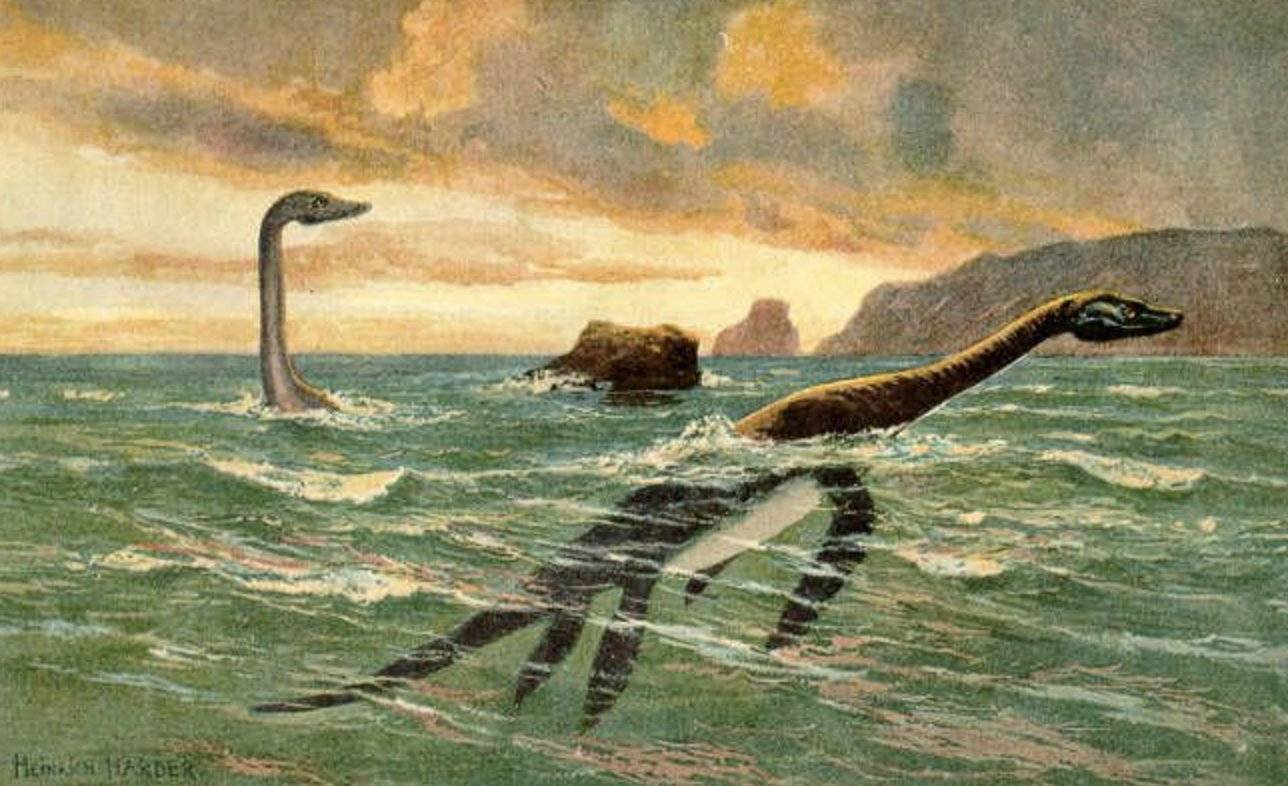 You may be thinking, yeah but a marine dinosaur? In a lake? Well, the deep fjord of Lake Okanagan may have once been connected to an ancient ocean spanning the length of present day North America. See where I’m going with this? We’ve got blue whales off the coast of BC that are bigger than school busses, and 14-foot-long century-old sturgeon in the Fraser River…I’m no paleontologist, but a giant lake snake doesn’t seem too out of the question.

Though legend of the mysterious monster was well-known locally for much of the 19th century, it was not a household name until the magic wand of marketing rebranded the big lake snake into the glamorous Ogopogo. Ever since 1924, when the mythical lake monster was named the “Ogopogo” after the popular English music-hall song “The Ogo-Pogo: The Funny Fox-Trot”, tourists have flocked to Kelowna to see for themselves.

“His mother was an earwig,

His father was a whale;

A little bit of head

And hardly any tail—

And Ogopogo was his name.”

- The Ogo-Pogo: The Funny Fox-Trot lyrics

The next hundred years saw Oggy stalked by countless glory seekers hoping to capture the mythical creature and stake claim to the discovery of a modern dinosaur. The frenzy was particularly obsessive in the 1980’s, when a local tourism company offered a cash prize of 1 million dollars for whoever could provide proof of its existence. Greenpeace actually had to step in and advocate for the theoretical rights of the theoretical being. Over the next couple decades, poor Oggy was hunted down in the 90’s by divers, boats, submarines, and helicopters for the Japanese television channel Nippon TV, and later by National Geographic for their documentary series, Is It Real? in the early 2000’s. 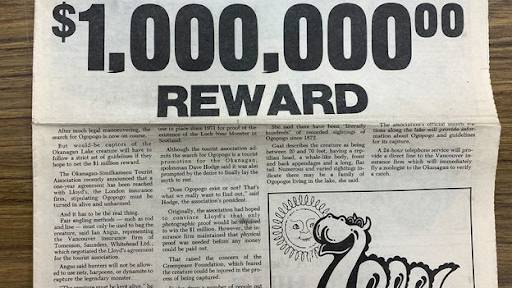 The height of the Ogopogo madness. Image: Lisa Kadane

Sightings of Oggy are surprisingly frequent

And just last week, Oggy made the news yet again!

While our obsession with legitimizing this elusive creature runs deep, local First Nation history runs far deeper. In Syilx culture, the serpentine Lake Okanagan is embodied by the n ̓x̌ax̌aitkʷ (n-ha-ha-it-koo) in the nsyilxcən language, meaning “sacred spirit of the lake.” To the Syilx people, there is a spiritual form of the water and a physical form of the water. The waters of the narrow snake-like Okanagan Lake fjord have a spirit, as do the mountains, the sky, and so on. To ensure safe passage throughout the giant lake, it’s common for Syilx people to make offerings to the spirit in the form of tobacco, sage, or small animals. 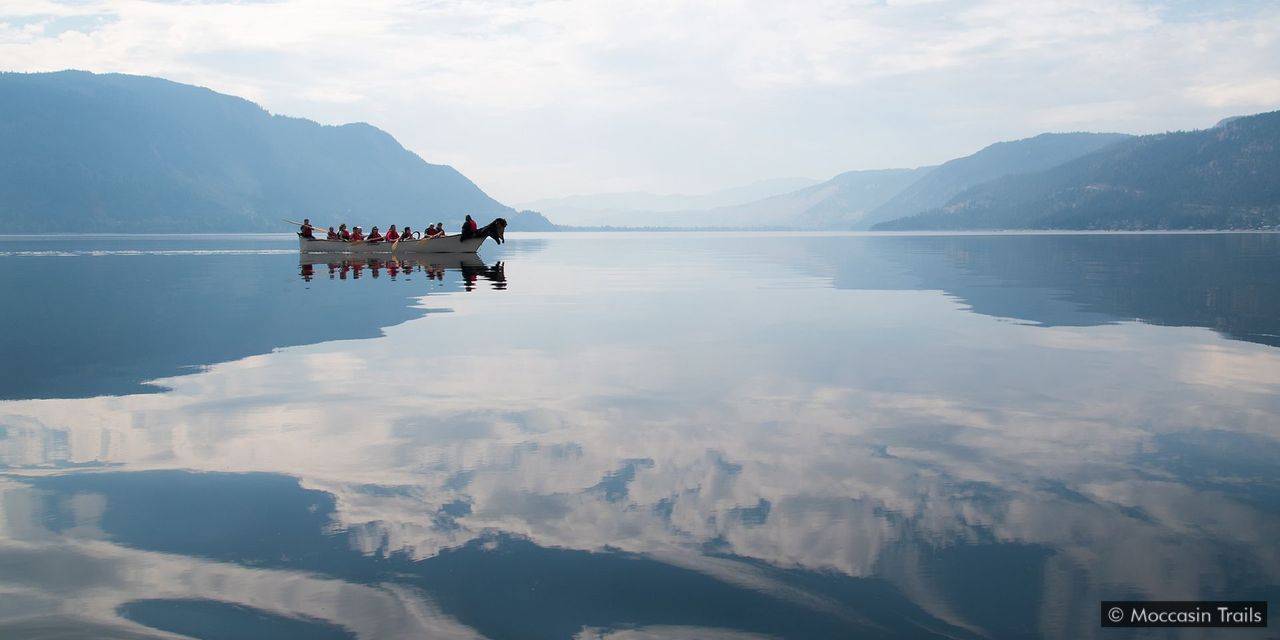 This action was misinterpreted in the 19th century by pioneers who thought Indigenous people were offering chunks of meat to a very literal beast. The result is that they habitually demonized n ̓x̌ax̌aitkʷ as a bloodthirsty serpent, who required bribes for safety. But the relationship between the Syilx people and the spirit of the lake is far from antagonistic. The spirit that embodies the water protects the long valley from one end to the other. Nowadays, the Okanagan Heritage Museum in Kelowna works with the Westbank First Nation to tell a more whole story about the misinterpretation of n ̓x̌ax̌aitkʷ and the resulting Ogopogo tourism saga - one that still exists today.

Whether it’s scientifically proven to be a plesiosaur, ancient whale, or otherwise, the fact remains that the spirit of Okanagan lake and all of its mysterious waves captures the imagination of us all. And perhaps that is more valuable in the end, to believe that something out there is alive and beyond anything we could categorize, capture, or even create.